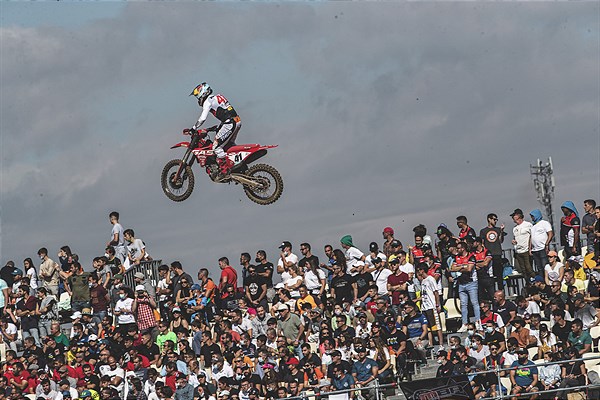 PAULS JONASS ON THE GAS AT MXGP ROUND 13 ON HIS WAY TO SIXTH OVERALL.

Getting stronger and stronger with each passing round of MXGP, Standing Construct GASGAS Factory Racing’s Pauls Jonass is unlocking just what we know he can do, with the Latvian delivering consistently solid results, re-discovering his early race intensity, and bringing his sheer speed to each and every GP. At the MXGP of Spain, Jonass was on the gas all day and if not for a race two crash, may well have found himself in the fight for the overall podium. Brian Bogers also impressed in Spain, especially in race two, with the Dutchman battling up front on his way to securing ninth overall. In MX2, Simon Langenfelder enjoyed a consistent day to place 10th overall with Isak Gifting securing 15th.

Pauls Jonass:“Overall it has been a really good weekend in Spain. My riding was good, my bike was good, and I finally found that intensity that I needed in the early part of the races. I had the second fastest lap time in race two, so I know I have the speed and if it wasn’t for a little tip over early on in that second race then I know it could have been better. I feel like everything is really coming together now and I’m going to Italy aiming for the podium.”

Shortly after the gate dropped for race two, Brian made a number of quick passes, including a move on Antonio Cairoli, to slot into fourth place. Looking incredibly comfortable up front, the 25-year-old hung tough, charged to the end, and secured his sixth-place finish in the moto. After collecting another hard-fought points haul with his ninth-place overall result, Bogers now finds himself knocking on the door for a place inside the top 10 of the MXGP World Championship.

Bouncing back from a challenging GP just one week ago, DIGA Procross GASGAS Factory Racing’s MX2 racer Simon Langenfelder put together two consistent races to secure 10th overall. The strong result now moves the German up one spot in the championship to 10th with five rounds remaining.

Isak Gifting made a promising start at the MXGP of Spain with an eighth-place finish in moto one. Frustratingly, a hefty crash in race two resulted in a badly damaged motorcycle and a disappointing DNF.

Brian Bogers:“All day I felt great on my bike, and I had a good feeling on the track from the moment I went out for qualifying. Unfortunately, my start in race one wasn’t the best and I was struggling for around 20 minutes, but in the last 10 I felt really comfortable which gave a me good feeling for race two. My start wasn’t the best in the second moto either, but I managed to pass a lot of riders in the first few corners and rode a solid race to finish sixth. I was really happy with that one and now I’m much closer to the top 10 in the series so overall, it’s been a really positive day for me and the team.”

Simon Langenfelder:“It’s been another good GP for me and I’m happy with my weekend and to be back inside the top 10 overall is where I should always be. I had a strange start in the first race, my jump from the gate was bad but I was able to get the power down and I came out of the first turn around fifth or sixth. I was a little surprised, but I’ll take it! I didn’t quite get the same start in race two and ended up 11th which was ok but overall, but it’s nice to put two motos together and go into the triple header in Arco with this positive result.”
Isak Gifting:“It was an up and down day today. I felt great in qualifying, my speed was good and I was excited for the races. I had a great start, running up front in fourth for half of the race but then I made a few small mistakes which added up and I ended up eighth which was ok, but it should have been better after such a good start. Unfortunately, in race two I had a small crash early on and was last. But I quickly made my way up into the points before a big crash bent up my bike too badly to continue. It was a disappointing end to the day, and I really hope this doesn’t happen again.” 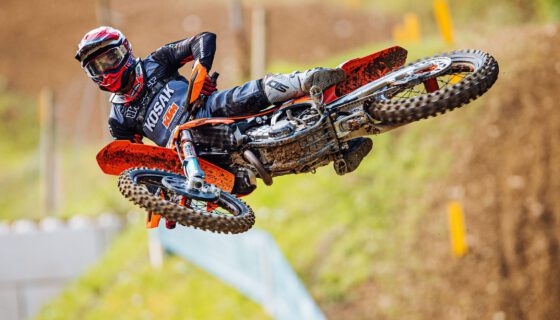 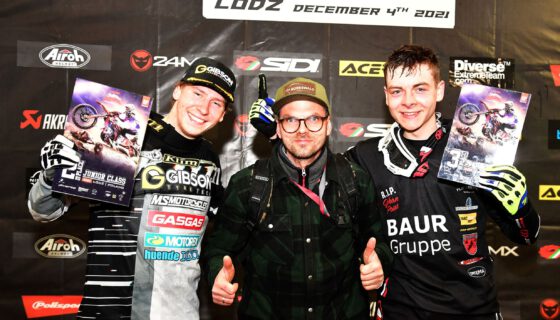 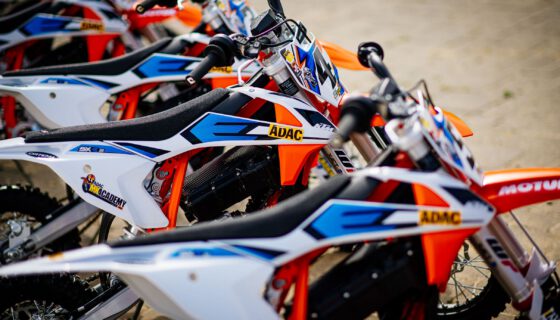 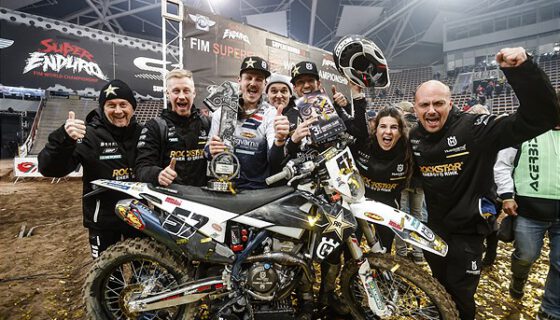 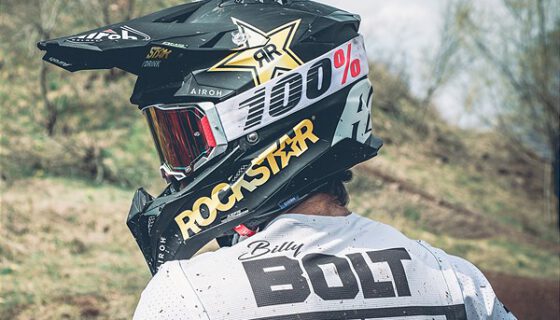