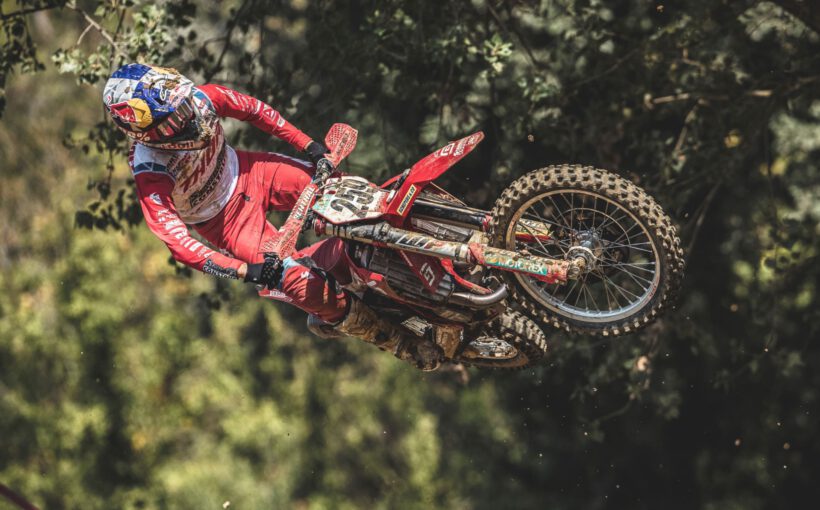 SEVENTH OVERALL FOR COLDENHOFF AT 2020 MOTOCROSS WORLD CHAMPIONSHIP ROUND EIGHT.

Standing Construct GASGAS Factory Racing has battled through a challenging MXGP of Emilia Romagna, round eight of the FIM Motocross World Championship. Glenn Coldenhoff recorded a strong seventh place overall result to continue to collect solid championship points following 8-5 moto finishes. Ivo Monticelli bravely took to the start after missing Wednesday’s GP through illness, racing to 15th in moto one despite a twisted ankle he sustained in qualifying.

It was a day of improving results for Glenn Coldenhoff at the MXGP of Emilia Romagna. With his MC 450F powering him to a great jump from the gate in race one, frustratingly the good work was quickly undone as he tangled with the rider next to him and was forced to close the gas. Battling his way back through the field around the Faenza circuit was no easy task yet the Dutchman pushed throughout the moto to claim an eighth-place finish.

A stronger and much-needed clean getaway from the start saw Coldenhoff round the first corner well inside the top 10 in race two. At the halfway stage of the moto he was up to fifth, but with the leading riders out of reach. Opting to maintain his pace, and with a sizable gap over the sixth placed rider, Glenn rode a smart moto to secure fifth for seventh overall.

Ivo Monticelli returned to action in Faenza despite not quite being fully recovered from the stomach issue that had ruled him out of Wednesday’s GP. Twisting his ankle in qualifying certainly wasn’t the start he was looking for, but the plucky Italian got the injury strapped up and took to the start of the opening moto of the day. Rewarded with a 15th place finish, Ivo put in a solid race to earn championship points. A small crash in race two contributed to Ivo just missing out on a points-paying finish in 21st.

Glenn Coldenhoff:“The day started good and there were a few track changes to make things different. I was fifth for a long time in qualifying and ended up sixth, but this was ok. I didn’t quite get the best start in race one and then used a lot of energy working my way through the riders towards the front. I had a much better start in race two. Came around the first turn in eighth and then came through to fifth at the finish. I wasted too much time trying to pass Prado, but it was difficult to push as the track was slick and you had to be careful. Overall, I’m not happy with the results, but not devastated either. I’ll continue to work hard and I’m looking forward to Mantova in two weeks.”

Ivo Monticelli:“It’s been a tough week in Italy, and I feel exhausted because of my stomach issue. I felt better for today but then in qualifying I twisted my ankle. I had to get it taped up for the races, so it was difficult to push at my limit. My first race was actually ok despite this. I finished 15th after a long battle with Vlaanderen so I was happy with the result considering everything. Early in race two I caught my ankle in a rut, and it was so painful. I then had a small crash and just missed out on scoring points, so this is tough for me. I now have two weeks to recover fully and I’ll be doing everything I can to be 100% for Mantova.”

Standing Construct GASGAS Factory Racing will next be in action at round nine of the FIM Motocross World Championship on September 27, the first of three MXGPs to be held at Mantova circuit in Italy.