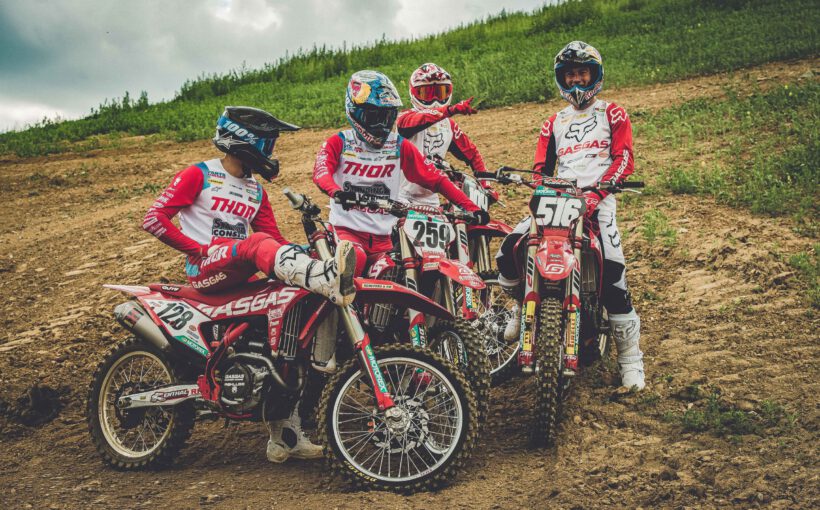 COLDENHOFF, MONTICELLI & LANGENFELDER READY TO GET ON THE GAS IN LATVIA.

Since the easing of global lockdown restrictions, our teams and riders have been working hard, putting in the hours ahead of the MXGP restart and the highly-anticipated Latvian triple-header. Racing in recent weeks on his new GASGAS Factory Racing MC 450F, Glenn took overall victory at the inaugural Dutch International ahead of a star-studded line up of MXGP rivals. Ivo and Simon also carved out some top-five results of their own in the Netherlands, demonstrating their speed and skills ahead of the MXGP restart.

Currently ranked sixth in the 2020 MXGP World Championship, Glenn Coldenhoff will be gunning for podium results when he takes to the start in Latvia. The season resumes with three consecutive GPs at the sandy Kegums circuit in Latvia – home of the Dutch sand specialists maiden overall MXGP win back in 2015. Coldenhoff will look to excel on his favorite riding surface and climb the MXGP championship leaderboard.

Ivo Monticelli had a tough start to the 2020 MXGP World Championship. Racing injured after a fall at the opening round, during lockdown Monticelli opted for surgery to fix his damaged shoulder, from which the charismatic Italian is now fully recovered. Returning to his MC 450F a little over six weeks ago, Ivo quickly settled back into to his all-action riding style and is more than ready to restart the season in Latvia.

Back in March, at only his second ever GP, DIGA Procross GASGAS Factory Junior’s Simon Langenfelder earned a fifth-place moto finish at round two of the 2020 MX2 World Championship in the Netherlands. The 16-year-old has continued to show serious speed over recent weeks with strong results at domestic races setting him up for a decent showing in Latvia. Simon’s aim is to maintain this form and make his mark as a regular top-10 competitor as the season progresses.

Glenn Coldenhoff:“It feels great knowing I’ll be racing MXGP again! I really love racing so to have three GPs in one week is great. It’s something that we’ve not seen before and we all need to adapt for it, but it is perfect for me. Wednesday’s are usually tough training days and we’ll be racing instead, so it’s great really. It’s a new challenge and I’m excited for it. I’m confident after the Dutch International races and I’m really looking forward to racing again.”

Ivo Monticelli:“I can’t wait to line up at MXGP again. I feel really good on the MC 450F and I have been training in the sand a lot to get myself ready for Latvia. The recent Dutch races have gone ok, I have pulled some good starts so if I can apply these to the MXGP races then I’ll be happy. I’m in a good spot physically and mentally, so yeah, it’s going to be great back racing MXGP.”

Simon Langenfelder:“I really like the circuit in Latvia and I’ve had some really good results there in the past, in the EMX 125 class. Three GPs in one week, that will be cool and something new. There’s enough rest time between GPs so I’m looking forward to getting some good starts and good results there. I like the sand and I’m excited to race this weekend.”