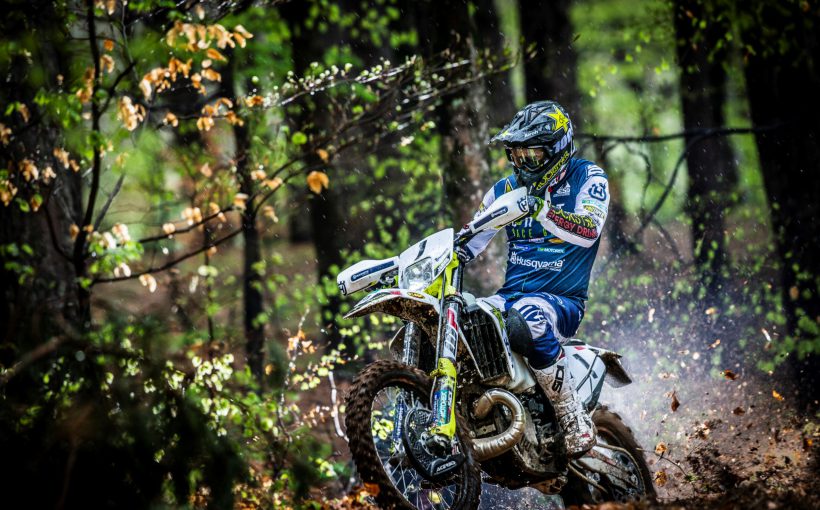 JARVIS AND GOMEZ HEAD TO HAWKSTONE FOR WESS ROUND SIX.

Rockstar Energy Husqvarna Factory Racing’s Graham Jarvis and Alfredo Gomez will back in action this weekend, September 21-22, at round six of the World Enduro Super Series – the Hawkstone Park Cross-Country. Currently lying second and third in the WESS standings the two teammates will both be aiming for strong results at the tough British event.

Trailing the series leader by just 110 points, Graham Jarvis comes into his home event at Hawkstone Park following a superb run of form with two race wins and third place finish from the previous three rounds of the series. With the cross-country format of round six arguably falling a little outside of his comfort zone, the 44-year-old Brit will be keen to score as many valuable WESS points as possible while staying safe on the fast, demanding circuit of the historic motocross venue.

Following his runner-up finish at the Romaniacs Hard Enduro Rallye, Alfredo Gomez will also be one to watch this weekend. Like teammate Jarvis, Gomez is regarded as an extreme enduro specialist. However, claiming a top-10 finish at the 2018 event raised a few eyebrows among the more established classic enduro riders. With the likeable Spaniard now fully fit he hopes to improve on last year’s result and challenge for the podium.

2018 World Enduro Super Series winner Billy Bolt will miss his home event due to recovering from a recent surgery to his leg, to improve movement following a pre-season injury. The young Brit hopes to be back in action for the final round of the series in Germany in November.

The Hawkstone Park Cross-Country consists of a sprint enduro on Saturday 21 where start positions will be decided for Sunday’s two-and-a-half-hour cross-country race.

Andi Hölzl – Rockstar Energy Husqvarna Factory Racing Team Manager:“The team are really looking forward to the event at Hawkstone Park. Interestingly, Alfredo and Graham will ride Husqvarna TE 300i machines at Hawkstone – both riders prefer the bike and have shown very strong pace on their 2-strokes, especially Alfredo who has been training a lot since Romaniacs. The race is not just about speed either, there are a lot of tricky sections in the woods where you can lose or gain a lot of time on your competitors and we feel the TE 300i will suit our riders the best. Graham is in a really good position running second in the standings so if he can get two strong results at Hawkstone and then at the BR2 Enduro Solsona, hopefully he can go into the final round at Getzenrodeo with a good chance of the title. Of course, it’s unfortunate that Billy will be unable to race, but it was very important for his future in racing that he had the work done on his leg. Although he has had a very strong season so far, especially after coming back so soon after his injury, we decided it would be best to have the work done straight away and then concentrate on the indoor season and next year’s WESS championship. We know the Hawkstone race quite well now and feel we are well prepared. With the unpredictable British weather, anything can happen so hopefully we can make a strong race and come away with some good points for the championship.”