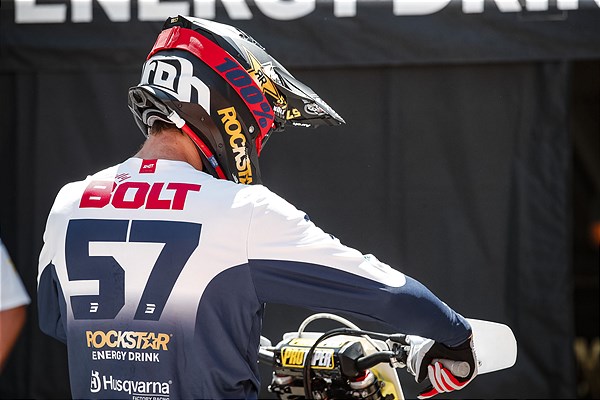 BILLY BOLT AND ALFREDO GOMEZ TAKE ON ROUND SIX OF THE FIM HARD ENDURO WORLD CHAMPIONSHIP IN POLAND.

Rockstar Energy Husqvarna Factory Racing’s Billy Bolt and Alfredo Gomez will compete at the HERO Challenge event in Poland this coming weekend – round six of the FIM Hard Enduro World Championship. Run over two days – September 11-12 – the event marks the first of three European-based races, which lead to the conclusion of the 2021 HEWC series in late October.

A new event for all the FIM Hard Enduro World Championship regulars, HERO Challenge will see Billy and Alfredo compete in an extreme cross-country main event, a race that will be in complete contrast to the super-technical, rock-strewn woodlands of the previous round, TKO in the USA. Mixing things up and featuring motocross, enduro, and superenduro elements, the three-hour extreme cross-country main race will be preceded by a Saturday qualifying event and a separate, indoor endurocross.

Just one point behind the current series leader, Billy Bolt will compete in Poland set on putting his name both at the top of the event’s results as well as at the head of the HEWC standings. Topping the podium in the USA at TKO, Billy will carry his strong form into the HERO Challenge, and despite having taken some time off from riding recently due to a knee injury, is fully focused on another winning result.

Currently seventh in the FIM Hard Enduro World Championship standings, Alfredo Gomez is focused on a strong end to his 2021 campaign, starting with the HERO Challenge. Looking to secure his first podium result of the series, Alfredo knows that the three-hour extreme cross-country main event is going to be anything but easy. Nevertheless, the experienced Spaniard has what is needed to challenge for a top-three result.

Round six of the FIM Hard Enduro World Championship sees the series head to Poland for the HERO Challenge, this coming weekend.

Billy Bolt:“Since TKO last month I’ve had to mix up my training with resting my knee injury. The only way that it will heal is to rest it. But it’s mid-season so the work must continue. It was actually nice to have some time off after TKO, especially with Romaniacs just before it, so it was good to relax a little before ramping things up ahead of the HERO Challenge this weekend. It’s not an event that I’ve done before but from what I’ve seen online, it looks like it will include motocross, enduro, and superenduro sections along with some woodland, so it sounds like a pretty varied course. It may not be the hardest race of the season, but no race is ever easy. I really hope the format and terrain will play to my strengths. I’m excited to be racing again and aiming for a solid result in Poland.”

Alfredo Gomez:“HERO Challenge is going to be a very different race compared to the other Hard Enduro World Championship events we’ve had so far. I’m looking forward to it, even if it’s not really my favourite style of competition. But it will anyway be difficult for all. There will be a lot of riders, so the key to the race will be to get through the lappers without any troubles, which isn’t always easy. Let’s see how it goes, I will anyway give it my best.”