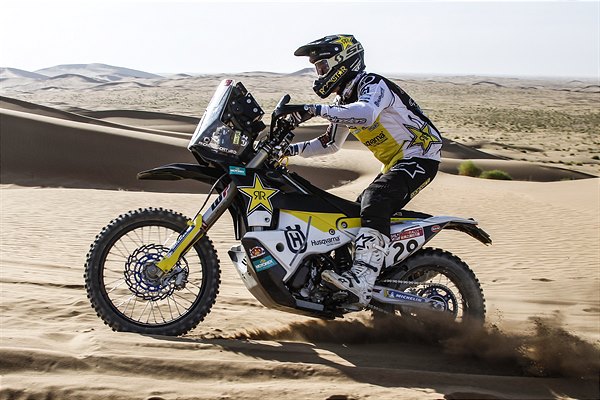 Andrew Short has ridden a faultless stage nine of the 2019 Silk Way Rally to post the fastest time and elevate himself to second in the provisional overall standings. Mastering the rough and physical timed special while navigating accurately through the stage, Short completed the 290.3-kilometres in less than four hours.

Starting from the finishing point of the previous day, stage nine covered similar rough, sandy roads and camel grass covered dunes. In setting off ninth from the bivouac this morning, Andrew had a number of tracks ahead of him to follow. However, with the stage’s navigation proving tricky many of the riders ahead made mistakes. Short was not only able to maintain a blistering pace throughout the stage, but also chose his route perfectly, arriving at the finish line just under a minute ahead of the second-placed rider.

Andrew’s performance on the challenging stage, was enough to move him up from fifth overall to second. And with tomorrows final timed special once again pitting the riders against the physically-demanding tracks of the Gobi Desert, the American ace is in a good position to claim a strong finish to the event.

Stage 10 of the Silk Way Rally, the final of the event, will cover a total distance of 556.66 kilometres and include a timed special of 255. Riders will navigate through fast tracks and dry river beds on the way to the finish at Dunhuang, China.

Andrew Short:“Stage nine was really good for me today. I knew it would cover really similar terrain to yesterday so I had a little better idea of what to expect. With my start position I had a lot of tracks laid down ahead of me but at times those tracks would split up. I navigated well and always chose the right direction. My pace to the refuel was really good and then after that I was able to keep to a good speed and again, where other people had made mistakes, I was able to make the right choices and push on to the finish. I’m happy with how the day has gone and really happy with my performance.” 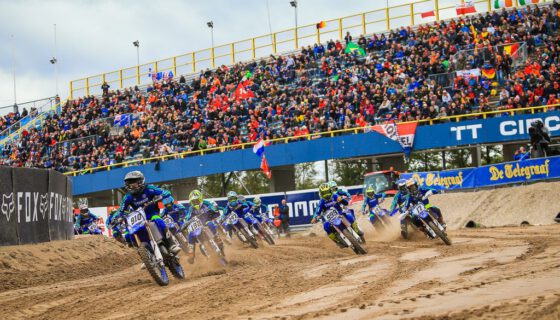