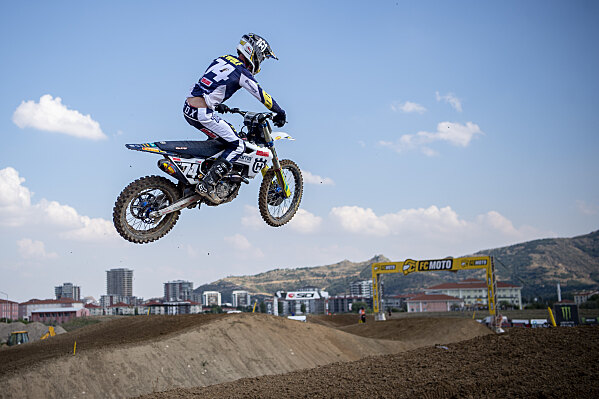 HUSQVARNA FACTORY RACING RIDERS TRAVEL TO THE 2022 MOTOCROSS OF NATIONS.

KAY DE WOLF AND DEAN WILSON TO COMPETE AT THE PRESTIGIOUS MXON EVENT.

The Motocross of Nations is arguably the most popular event in all of motocross, as riders put the individual rankings to one side to represent their nation in a format similar to the Olympics. Husqvarna Factory Racing stars, Kay de Wolf and Dean Wilson, are set to compete at the prestigious event this coming weekend. The picturesque circuit of RedBud in the United States will be the setting for the race.

Down to represent his country for the very first time, Kay de Wolf is going to have the honour of racing for The Netherlands this weekend. Competing in the MX2 class aboard the FC 250, just as he has all season, he will be hoping to help the team reclaim the Chamberlain Trophy that they lost last year. De Wolf ended his campaign in the FIM Motocross World Championship on a high, with strong results in Finland and Turkiye.

Set to return to the Motocross of Nations for the first time in five years, Dean Wilson will lead Great Britain into RedBud. This marks the sixth time that he has flown the Union Jack at the race. Great Britain finished third one year ago, just a single point from The Netherlands in second, and will be hoping for similar success with Wilson at the helm. The Scotsman has had this year’s MXoN circled on his calendar for some time.

Activities start at RedBud on Friday, September 23, with a pre-race press conference and team introduction that will give fans a chance to catch a glimpse of the Husqvarna Factory Racing riders. The riders will hit the track for the first time on Saturday morning.

Kay de Wolf: „I’m really excited to represent The Netherlands at the Motocross of Nations for the first time, especially with the race being held somewhere like RedBud. We made some good improvements across the final rounds of MXGP, so I feel like we are ready for this weekend.“

Dean Wilson: „I am looking forward to riding for Team Great Britain at the Motocross of Nations again! The team has had some good finishes recently, so hopefully we can continue that streak at RedBud. We kept improving at the end of the Pro Motocross series, so I feel like I am in a good spot.“