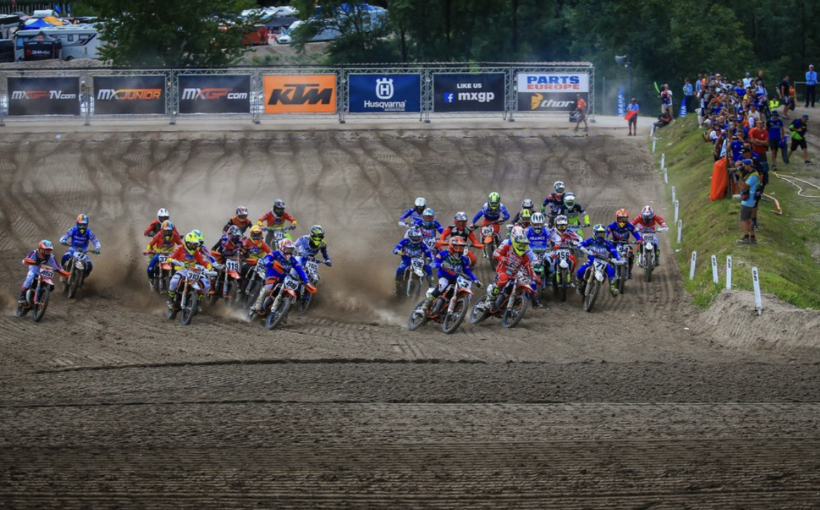 The 2021 edition of the FIM Junior Motocross World Championship is geared up and ready to go in Megalopolis, Greece, following the opening festivities.

Organized by the Aris AC together with ALMA Megalopolis and full support from Peloponnisios Prefecture, this weekend’s junior event will mark the return of world stage racing at the PPC-MINES MEGALOPOLIS CIRCUIT that had previously hosted the 2010 MX3 World Championship and the 2011 FIM Women’s Motocross World Championship.

Megalopolis, easily reached by the Kalamata Airport, has long hosted events of great significance, like the 1998 and 1999 editions of the FIM Motocross World Championship that saw Sebastien Tortelli and David Vuillemin victorious in the 250cc class consecutively.

On Friday evening riders and teams from 23 countries attended the opening ceremony in the city of Megalopolis to begin the weekend’s festivities. The ceremony began with a the official postcard and welcome message videos of the event and were followed with a speech by the Mayor of Megalopolis Mr Thanassis Christogianopulos followed by a word from the Deputy ministrer of Foreign Affair in Greece Konstantinos Vlassis, the Governor of Peloponese region Panagiotis Nikas, Infront Moto Racing representative and the FIM Junior Motocross World Championship General Manager Patricia Maskarova, FIM/CMS Director Antonio Alia Portela, Maria Tsesmely the President of Greek Motorcycling Federation, Stelios Christodoulou the local organiser from ARIS Pentelis club and Stavroula Maniati Zotali the local organiser from ALMA Megalopolis club.

The guests onsite were then presented with the best moments from the previous junior event which took place in Trentino, Italy back in 2019, followed by FIM’s Ride Green campaign presentation, with a special video of their MXGP ambassador, Jeremy Seewer of Monster Energy Yamaha Factory Racing taking the opportunity to introduce everybody to the Ride Green campaign and its importance, as well as the Ride Green Cup which will be awarded to one of the national teams that show how they care for the environment at the end of the weekend.

There will be plenty of action this weekend as the top youngsters in the world will go head-to-head to become this year’s World Champions.

2019 85cc World champion, Valerio Lata of MRT Racing Team KTM will return to the prestigious junior event as this time he will chase the 125cc title. Of course, the likes of Kay Karssemakers and Fantic Factory Maddii’s Haakon Osterhagen, who currently leads the EMX125 European Championship standings, will be tough rivals as the youngsters battle it out for the top spot.

In 85cc, 2019’s 65cc World Cup winner Vitezslav Marek will make the move up to the bigger machine and take on a new challenged as he aims for another podium finish. Another rider to look out for is Lotte Van Drunnen who finished third in the 65cc category back in 2019.

While in the 65cc class, 2020 Mexican Champion, Bernardo Diaz will race for the very first time on European soil as he hopes for strong results.

A TV crew will be onsite to film the occasion, with a special program being aired on www.MXGP-TV.com. You find plenty of video content from the event on MXGP’s YouTube channel.