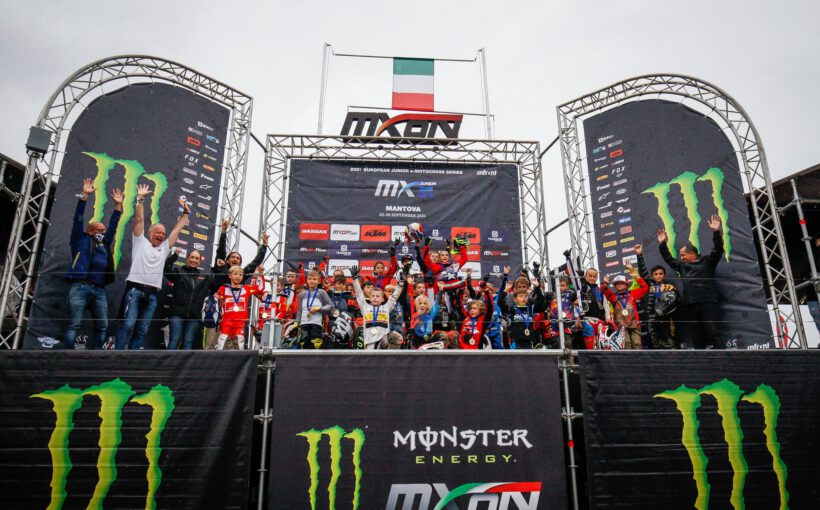 European Junior e-Motocross gets moving with a buzz at Mantova.

The plugs were pulled on KTM SX-E 5, Husqvarna Motorcycles EE 5 and the GASGAS MC-E 5 bikes for the eager young riders of the European Junior e-Motocross series as the first ‘round’ of five zipped into life around a hefty section of the Tazio Nuvolari circuit at Mantova this weekend.

Nearly 40 junior racers have been especially selected for the introductory and educational initial meeting as part of the support card at the prestigious Monster Energy FIM Motocross of Nations. The group lapped the Mantova sand in what was an incredible and unforgettable experience for the juniors as the very first riders aboard electric motocrossers within the MXGP framework. Following this weekend’s sessions, where the youngsters were able to learn whilst being in the same environment as the professionals for the first time, the series heads to race events planned in Germany, France and Spain alongside the FIM MXGP Motocross World Championship.

Under hot sunshine on Saturday it was Austria’s Tobias Scharinger who clocked the fastest circulation on the Husqvarna Motorcycles EE 5 in the very first ten-minute Free Practice session. In the afternoon the youngster marked the 3rd best time on a track surface that was rougher and more technical in the wake of the qualification heats for the main classes. It was the turn of fellow Husqvarna rider and Italian Achille Esposito to set the pace.

Under cloudy skies and rainfall it was Scharinger who mastered the wet Italian sand. His rapid effort was just under 2.5 seconds ahead of French rider Timotei Cez who was 2nd on his KTM SX-E 5 and the Austrian is now the first ‘red plate’ holder’.

European Junior e-Motocross will re-charge for round two around a section of the famous Talkessel hard-pack in Teutschenthal and the Grand Prix of Germany next weekend.