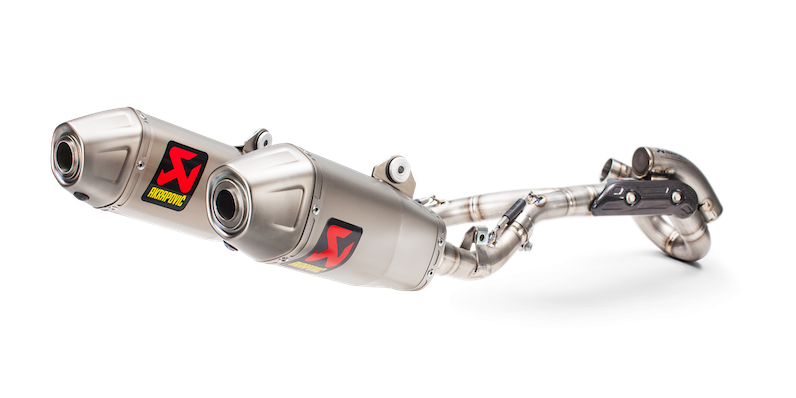 AKRAPOVIČ TO PARTNER MXGP FOR NEXT THREE YEARS.

Youthstream is pleased to announce that Akrapovič, high-quality performance exhaust manufacturer, has joined as official partner for the MXGP FIM Motocross World Championship and the Monster Energy FIM Motocross of Nations for the next three years.

Akrapovič has a distinguished heritage in motocross and, following its participation as sponsor of selected events in past years, the Slovenia-based company has decided to increase its commitment by signing a new agreement, which will see it have a full-season association with Youthstream for the MXGP championship and MXoN until 2020.

The MXGP championship is the premier off-road class for two-wheeled machines and is befitting of a company such as Akrapovič due to its racing DNA and wide selection of products for motocross bikes. Many teams in the MXGP championship, including factory outfits Red Bull KTM Factory Racing, Monster Energy Yamaha Factory Racing Team, and Wilvo Yamaha Official MXGP Team, already benefit from the performance and competitive edge that Akrapovič brings to the sport. It is this technology and involvement in the racing world that has led the company to a total of 119 world champions in various categories in motorcycle and car racing, including many titles in the MXGP, MX2, MX3, and WMX categories – with the first FIM Motocross World Championship title for an Akrapovič exhaust–equipped motorcycle being won by Joel Smets (KTM) in 2003. This strength is highlighted by the fact that all of the defending 2017 world champions will continue racing with Akrapovič exhausts this season: Antonio Cairoli (Red Bull KTM Factory Racing) in MXGP, Pauls Jonass (Red Bull KTM Factory Racing) in MX2, and Kiara Fontanesi of FontaMX Yamaha Official WMX in the WMX class. With high-grade lightweight titanium alloys and other advanced materials used in the construction of its products, an Akrapovič exhaust system for the Factory MXGP and MX2 teams – and their close relatives – is one of the best that anybody can buy.

David Luongo, Youthstream’s Vice President said: “After being partner with Youthstream and the MXGP World Championship on selected events for many years, we want to thank Akrapovič for having decided to make a further step by joining us for the full season being present worldwide for the next 3 years. This step forward is again a great proof that the MXGP series is gaining in popularity. We are very proud to have next to us such respected and popular company helping us to take motocross to higher level.”

Alojz »Slavko« Trstenjak, Head of Racing R&D at Akrapovič explained: “Akrapovič is the pioneer in high-class premier exhaust systems for the motorcycle and performance car world. Its innovative use of materials and design strategies has seen it consistently push the boundaries of exhaust technology. Since its inception in the early 90s, when former motorcycle racer Igor Akrapovič launched the company, it has gone from strength to strength. The brand now represents the highest level of production and performance in the exhaust industry, and this attention to detail is allied to a distinctive Akrapovič sound. Manufactured at state-of-the-art facilities in Slovenia, the company produces pioneering products through a passionate and highly skilled workforce of over 1,100 employees, who use the latest technology, processes, and premium materials to produce the finest exhaust systems and associated products in the world. Akrapovič is still the only exhaust manufacturer with its own in-house titanium foundry, where it can produce intricate and bespoke items to provide complex solutions for its customers in over 80 countries across the globe. It is this attention to detail that makes Akrapovič stand out from the rest on the track and on the road.”

About Akrapovič
Founded in Slovenia 27 years ago by former motorcycle racer Igor Akrapovič, the brand has grown to international prominence through its successful support of leading motorsport teams.
To date, more than 110 world champions in two- and four-wheel motorsport have achieved success using Akrapovič exhaust systems. The company operates from state-of-the-art factories in Slovenia, employing over 1100 staff and distributing its products in more than 80 countries.