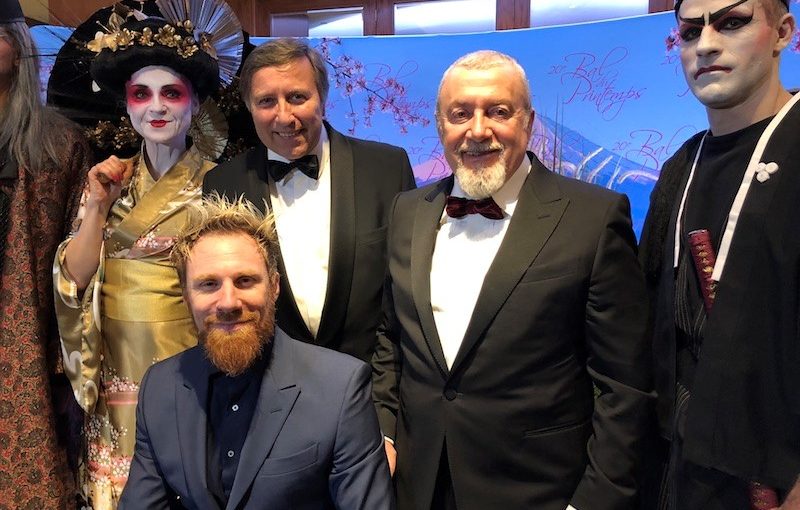 The 20th annual ‘Bal de Printemps’ event was held last night, the 19th of March at the Hotel President Wilson in Geneva, Switzerland where both Youthstream Group and FIM Europe took part.

Since 2016 Youthstream has partnered with IRP and continue to help raise funds for basic and clinical research in the field of paraplegia in order to contribute to improve the lives of people affected by injuries to the spinal cord.

IRP organizes numerous activities and projects throughout the year aimed at: Raising funds for financing projects in the field of paraplegia, Identifying the most promising research teams and projects, both in Switzerland and abroad, Encouraging young scientists to focus their work on research into paraplegia, Promoting the exchange of information and cooperation between researchers in Switzerland and abroad, Increasing public awareness of the progress of research and its applications, Working with other institutions, especially universities, pursuing the same goals, Providing support for other activities related to paraplegia, which are otherwise neglected.

Giuseppe Luongo, President of Youthstream, said: „IRP’s work is impressive and already the scientists are making encouraging steps forward. I invite everybody to visit IRP’s web-site (www.irp.ch) to see what they do more in detail. Youthstream is very sensitive to this important research which IRP is doing and we will do our best to continue to support them. We are very proud to be a partner of this active foundation and we are also proud to be partners with Wings for Life and Road 2 Recovery”.

Dr Wolfgang Srb, President of FIM Europe, stated: “This is a most important initiative which deserves our full attention and permanent support. A lot has already been achieved; however, there is still so much more work to be done. Research is going on and one day the dream will come true: to stand up and walk again”.

All proceeds from the event were contributed to IRP including that from the impressive 11,000€ sale of a Yamaha donated YZ450FM in conjunction with 4 VIP Gold Skybox passes for the MXGP of Switzerland in Frauenfeld – Gahnang that were given to the gentle contributor. A special thank goes also to Yamaha for the donation in support of the project.