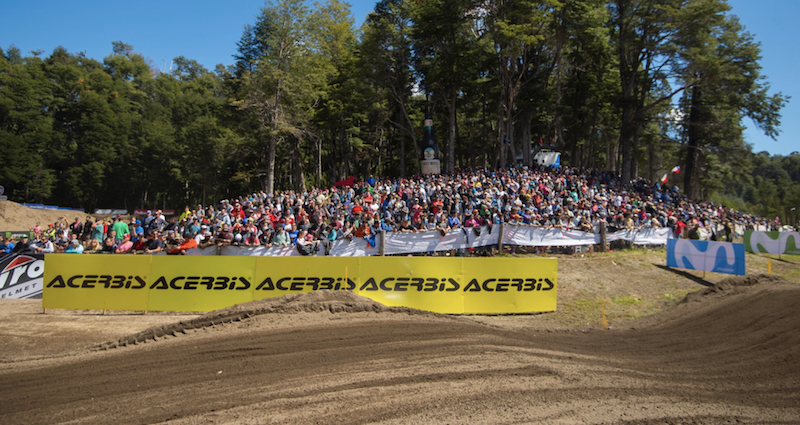 ACERBIS will again be an Official Partner of Youthstream and MXGP for the 2019 FIM Motocross World Championship. The brand’s visibility will be ensured by both banners on the track and in the paddock area, together with the presence of Acerbis’ iconic yellow track markers on circuits throughout the championship.

ACERBIS will also sponsor the teams of Team HRC, Rockstar Energy Husqvarna Factory Racing, Honda 114 Motorsports, Standing Construct KTM and Monster Energy Wilvo Yamaha Official MXGP Team by supplying their bikes with plastic and thus reinforcing Acerbis’ position as a leader in the field. The 15 ACERBIS supported riders will fight for the podium on some of the most challenging circuits around the world.

The season starts Saturday and Sunday the 2nd and 3rd of March with the MXGP of Patagonia Argentina being the first of 19 rounds across the globe. The regular season will conclude with a grand finale the 21st and 22nd of September in Hong Kong, for the first ever MXGP of Hong Kong.

As is the custom, the calendar includes the Monster Energy FIM Motocross of Nations, to be disputed at the Assen TT circuit on the 28th and 29th of September for the biggest motocross event of the year!

ACERBIS is a manufacturer committed to find innovative solutions for the use of its plastics and technical sport gear in fields such as automotive, sport and racing.

The group is divided into three business units: Motorsport, Sport and OEM. It has three distribution centres (Italy, USA and UK), two production units (Italy and Czech Republic) and many logistic warehouses. ACERBIS exports its products in 90 countries and sells directly in Italy, Spain, Portugal, France, Germany, UK and Austria.