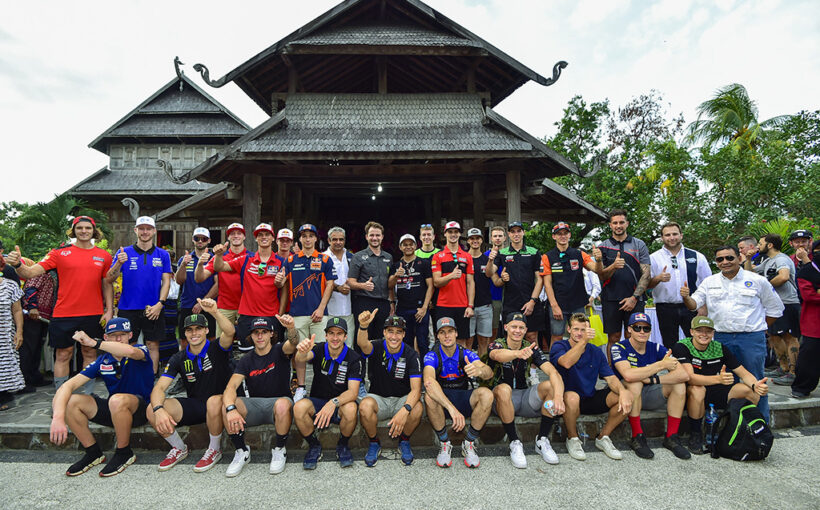 An exciting media day has kicked-off the celebrations for the MXGP of Indonesia with meet and greets with the fans and special visit to the Regent Palace and much more.

The day began with a meet and greet with the local riders on the concert stage at the Samota Rocket Motor Circuit where they were introduced to fans in front of the national media. The local heroes received a lot of support from the fans who are eager to see them perform on home soil.

The day continued with a special visit to the Regent Office where the riders, teams and paddock personnel received a very warm welcome with a traditional dance and music performances. Among those in attendance Infront Moto Racing CEO David Luongo and FIM/CMS Director Antonio Alia Portela have been welcomed by the Governor of West Nusa Tenggara DrZulkieflimansyah SE M.Sc and Ministry Of Youth & Sports Mr Zainudin Amali.

The officials took the opportunity to give a personal welcome to everybody with a number of speeches as they shared their excitement for the event, before a traditional horse and carriage, called the CIDOMO, took the MXGP riders through the town for a very special parade.

The parade was received by thousands of excited locals who were eager to capture every moment as they cheered and waved hello to everybody that passed by. It was an incredible moment with an atmosphere that the MXGP paddock has not experienced before which showed just how much the event means to the local community and how passionate they are about motocross!

As everybody arrived at the Palace, more festivities continued as the paddock personnel got involved in some dance and fighting performances before everybody took a family photo and enjoyed some traditional Indonesian delicacies.