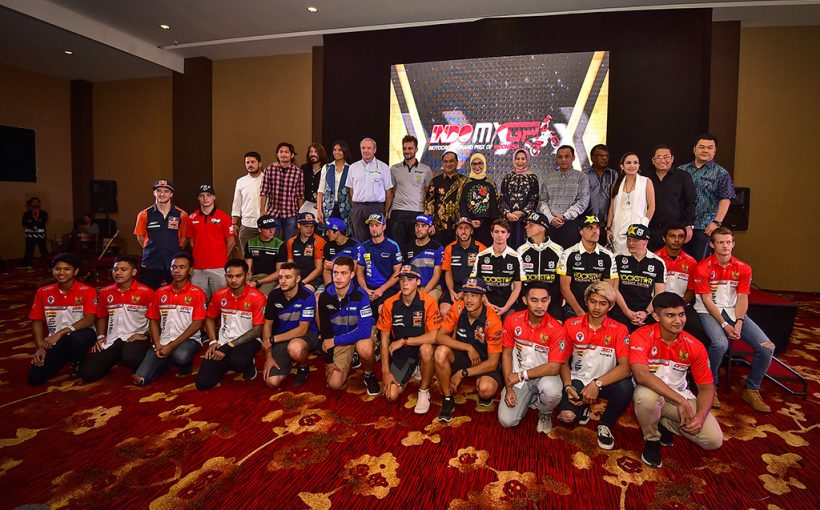 The 2018 MXGP of Indonesia is off and running to a great start following an opening Meet and Greet this evening. Pangkal Pinang welcomed the riders and teams along with journalists and dignitaries by literally rolling out the red carpet and holding a ballroom presentation and dinner.

The event was held at the Swiss Bel hotel in the center of Pangkal Pinang city with numerous media teams and industry figures present. The event started with some quick photos from eager local fans and attending journalists. Riders and other paddock members mingled as the ballroom was filled with more attendees.

With the ending of live music performances came the start of presentations as everyone took their seats. A video presentation highlighted the series and the riders racing this weekend including the national entries to the cheers of the locals. Directly after the video presentation presenters Matteo Guerinoni, an Indonesian Television personality and commentator, and Anindya Putri, a former Miss Universe contestant representing Indonesia now Spokesperson for the Minister of Youth and Sports, shared their enthusiasm to have an event such as the MXGP in Indonesia.

Next up was a special performance from traditional dancers that wowed the audience. The pair of presenters then invited special guests David Luongo Youthstream Vice President, Tony Skillington FIM/CMS Director, Syaiful Zachri, Pangkal Pinang’s Chief of Police, Dr. Erzaldi Rosman, the Governor of Bangka Belitung and the Executive Director for KTM and Husqvarna USA Selvaraj Narayana to share some words on stage.

Most notable was the fun and light hearted atmosphere created by Selvaraj Narayana along with the thanks given by Mr. David Luongo for all those who have worked hard to improve the event since its first MXGP race last year. Tony Skillington expressed his gratitude to all who made the trip and voiced the FIM’s appreciation to Youthstream for bringing the sport into this part of the world. Dr. Erzaldi Rosman concluded by sharing his happy memories from last year’s event and welcomed all those in attendance to the beautiful Bangka Belitung region.

With the formal portion complete riders and guests received dinner with live music to conclude the evening. Spirits are high with qualifying races tomorrow and the welcoming atmosphere created by the Indonesian fans being one of the best ever experienced by MXGP.