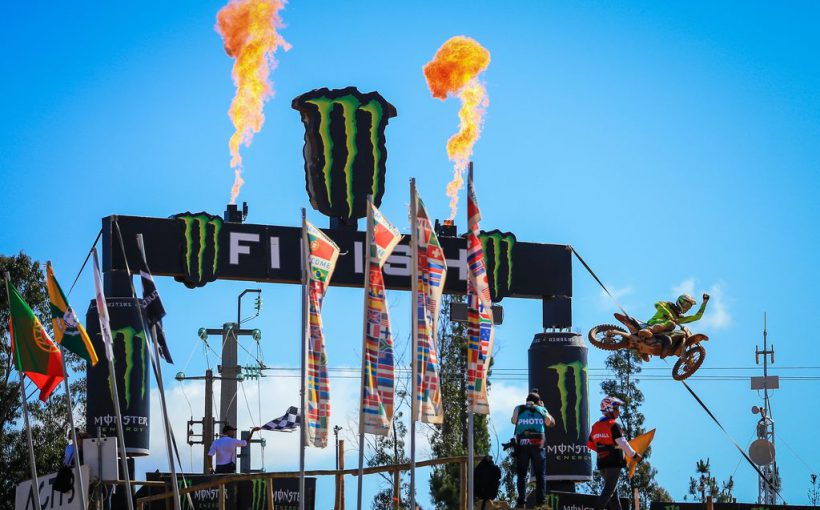 As MXGP and MX2 riders finish out their weekend in Agueda, Portugal the racing EMX2t presented by FMF Racing has already wrapped up. Picking up his second overall win in a row this weekend in Portugal is Team Ecomaxx Fuels’ Mike Kras.

As the third round of the European 2t Championship, Portugal provided perfect conditions. Starting with Saturday’s Race 1 it was Kras in the lead just edging out his Team Ecomaxx Fuels Teammate Youri Van t Ende.

This points leader coming into the weekend was Verde Substance KTM’s Brad Anderson who, after getting a decent start in 5ththrough the first corners, crashed during the opening lap. The crash from Anderson put him way back in the pack registering 17th after the first official lap.

Todd Kellett took 3rdaway from Andrea Vendruscolo early and then got into second past Van t Ende the next lap around. Emanuele Alberio was having a strong ride in 4thposition before losing spots to Vaclav Kovar, A1M Husqvarna’s Andero Lusbo, and Brad Todd as the race went on. At the finish on Saturday it was Kras dominating while Kellett was second and Van T Ende came out 3rd. Anderson’s fight through the pack got finally got him up to a disappointing 8th place finish.

Today the two strokes were the first out on the fresh track and after a few laps of warm up the deciding race 2 was off. Mike Kras again took his white KTM to the front of the field with his Van T Ende right in tow. The two teammates held down 1st and 2nd while Anderson was applying the pressure from 3rd.

Lusbo and Kovar where back in the mix once again in 4th and 5th. At just before the halfway point both Anderson and Lusbo were able to pass Van T Ende dropping the Dutchman to 4th. The progress didn’t continue for either though, in the remaining 8 laps the top 5 remained unchanged.

At the finish Kras capped off his dominant 1-1 performance by not only taking the overall win but also the championship leaders red plate! Anderson finished race two in 2nd but scored 5th overall once combined with his race 1 result. Lusbo took 3rdand had 1 more point than Anderson in the overall for 4th while Van T Ende’s 4th earned 38 points for second overall just ahead of Kellett who had 37 points from his 2-6 race scores.

Now leading the championship by 1 point over Anderson, Kras, and the rest of the field will head to Russia’s south in 3 weeks’ time for round 4 at the venue of Orlyonok.