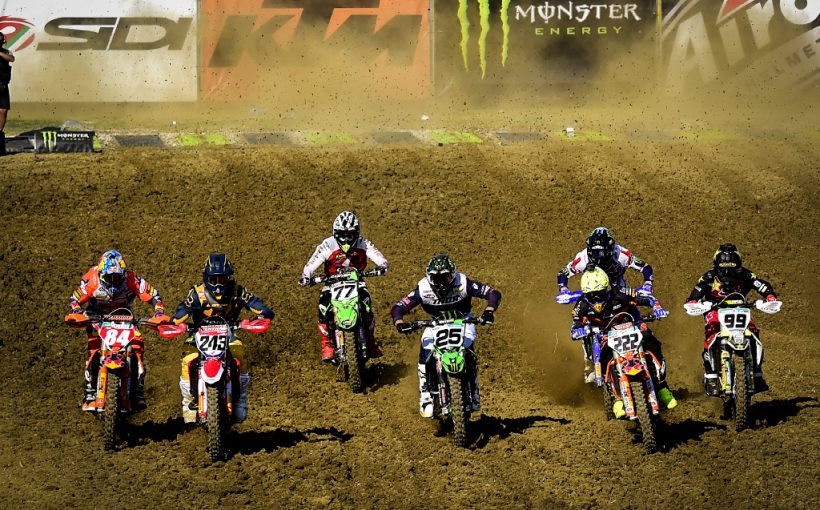 The FIM Motocross World Championship has traveled to Turkey this weekend for the 2018 MXGP of Turkey in Afyon. Last visiting Turkey in 2009, MXGP’s riders will be in for a new test as the venue has changed, even for the veterans who have the Turkish trek in the past.

The Afyon circuit and even its soil is unknown which will force the teams and riders to adapt quickly to find the best bike setup. Last week MXGP took on the Bulgarian circuit of Sevlievo and the week prior the series was in Switzerland. Endurance will be a necessity to finish off the 3 back to back weekends before the following week off.

This round will be the 18th of the 2018 season with only two remaining in the upcoming weeks. Red Bull KTM Factory Racing’s Jeffrey Herlings and Jorge Prado lead the points over their fellow teammates Antonio Cairoli and Pauls Jonass. MXGP’s points gap has grown the past two races and is now 73 ahead while in MX2 the difference is only 30 points.

Coming to Turkey hopes are high for Red Bull KTM Factory Racing’s Jeffrey Herlings with his ever increasing points lead of now 73 over fellow Red Bull KTM Factory rider Antonio Cairoli. Herlings theoretically could clinch the 2018 title this weekend but would need to achieve 27 more points than Cairoli.

The 9 time champ is far from done fighting however and has fond memories of the Turkish GP after he won the event in the premier class during the 2009 season. Though the venue has changed the fight, speed, and tenacity of the Sicilian remains in full force. Remaining chances for Cairoli to make a real dent in the points chase are few leaving this weekend as one of the most important in season thus far.

Monster Energy Kawasaki Racing Team’s Clement Desalle is one of only a few riders with experience racing in Turkey. Currently third in the points the Belgian took his Kawasaki to the podium the past 2 weekends in a row. Hoping to maintain 3rd in the championship but improve his speed to compete for a win Desalle could very well return to the podium for the third time in as many weeks.

Team HRC’s Tim Gajser has been the closest to Herlings in qualifying lap times recently and also in the racing. While Gajser is not consistently matching the pace of the KTM duo he is capable which was shown by his return to the podium in Bulgaria last weekend.

Monster Energy Yamaha Factory MXGP’s Romain Febvre has been in the battle for the top 5 more often than not recently and with only 3 rounds left this year he will surely have the goal of taking an overall GP and becoming the only non KTM rider other than Desalle to do so. Febvre is yearning for the top step of the podium and could disrupt the championship fight between Cairoli and Herlings along the way.

Also a rider that will be important to watch is Rockstar Energy Husqvarna Factory Racing’s Gautier Paulin who took second in MX2 at the 2009 MXGP of Turkey in Istanbul.

The MX2 Championship is now at 30 point difference between title contenders Jorge Prado and Pauls Jonass from Red Bull KTM Factory Racing. The season that first started with near dominance from Jonass followed by the same from Prado. Now at the final stages the pair have been nearly even and though Prado has taken the last several overalls, the current 3 round stint has only altered the top of the standings by a mere 3 points.

Rockstar Energy Husqvarna Factory Racing’s Thomas Kjer Olsen comes to Turkey after having an amazing performance in Bulgaria. Unnoticed by many the Dane followed up his strong 3rd in race one with a fight from next to last on turn one of race 2 to finish 5th. If Olsen can get 2 good starts this week and combine them with the speed shown in Bulgaria he is a shoe in for the overall podium.

Kemea Yamaha Official MX2 Team’s Ben Watson has struggled the past few GPs after having strong races prior. The reasoning behind Watson’s shift in momentum is unknown but none the less it will be interesting to see wether he can rebound not only this weekend in Turkey through to the end of the season.

Rockstar Energy Husqvarna Factory Racing’s Thomas Covington left a good impression in Bulgaria with his qualifying win but was unable to better the pace of the KTM boys or his teammate Olsen last Sunday. Covington will look to take the frustration of his Bulgarian result and turn it into an asset for this time out in Turkey.

Two other riders to watch in MX2 this weekend will be the Hondas of Team HRC’s Calvin Vlaanderen and Honda 114 Motorsports Team’s Hunter Lawrence. Vlaanderen who suffered a crash while trying to avoid the downed Ben Watson in Bulgaria didn’t line up for race 2 and will surely be sore and bruised this week. Meanwhile Lawrence took his second podium in two weeks in Bulgaria making it his 3rd of the season.