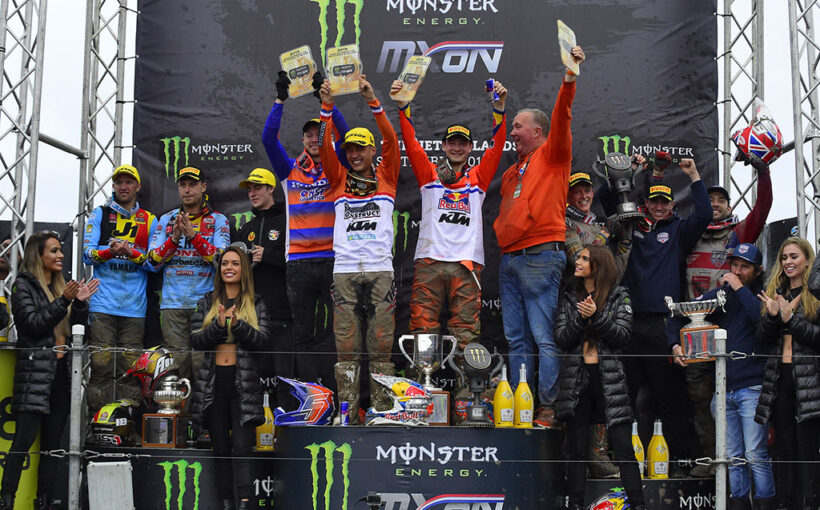 Monster Energy FIM Motocross of Nations returns for 2021 as Mantova welcomes the 74th edition of the event!

The biggest off road event of the season is back! This weekend will see the return of the Monster Energy FIM Motocross of Nations as Mantova, Italy, will play the host of the 74th edition of the event.

Last year, due to the coronavirus pandemic, motocross fans all over the world were deprived of the legendary race, but this weekend will be a weekend to celebrate as 33 nations will send their best three riders to Mantova, where they will fight for pride and glory, in the hope of bringing home the coveted Chamberlain Trophy.

Mantova, located in the north of Italy, is a modern take on a sand circuit, featuring a series of man-made jumps, while the sand sits atop a hard base, which makes this track different to other sand circuits.

While Mantova has hosted the FIM Motocross World Championship since the beginning of the 90’s, this will be the first time that the Italian venue will have the honour of holding the Monster Energy FIM Motocross of Nations.

Team Netherlands will line-up in Mantova as the defending champions following their maiden win in Assen back in 2019. Red Bull KTM Factory Racing’s Jeffrey Herlings, Monster Energy Yamaha Factory Racing’s Glenn Coldenhoff and F&H Kawasaki Racing’s Roan Van De Moosdijk will fight to repeat the team’s success and add a second victory for the nation. Herlings is on great form as he currently leads the MXGP World Championship standings, while Coldenhoff has been settling in well with his new team and has plenty of individual overall victories at the event which will no doubt set him up nicely for this year too. For Van De Moosdijk this will be the first Monster Energy FIM Motocross of Nations, with the youngster keen on performing well for the team.

Netherlands are one of the favourites but another team that will be looking to take Chamberlain Trophy are home heroes Team Italy. The team, made up of Red Bull KTM Factory Racing’s Antonio Cairoli, Mattia Guadagnini and Alessandro Lupino of MRT Racing Team KTM is one of the strongest line-ups of the event. Despite a heavy crash during the MXGP of Sardegna, the 9-time world champion will line-up for the races this weekend to represent his nation in the hope of adding another very improtant victory to his already impressive statistics, as Cairoli is yet to win a Monster Energy FIM MXoN with Team Italy. Guadagnini who is battling for the MX2 world title and Lupino who has had some incredible results in MXGP this season perfectly complete the team which has a real chance to go for gold this year.

Team Great Britain headed by SS24 KTM MXGP’s Shaun Simpson, Monster Energy Yamaha Factory Racing’s Ben Watson and Conrad Mewse of Hitachi KTM fuelled by Milwaukee are another strong contender as the squad will aim for a podium finish for the fourth consecutive time after finishing on the box in Matterley Basin, Red Bud and Assen.

Team Estonia are another notable team to mention with Gert Krestinov, Harri Kullas and Jorgen-Matthias Talviku representing the nation. Both Krestinov and Kullas are experienced Monster Energy MXoN riders who will no doubt use their experience to bring Team Estonia the highest team classification.