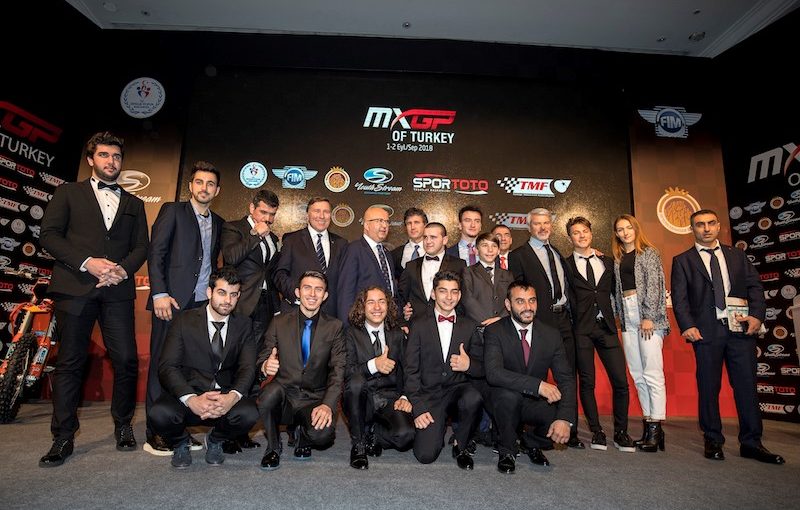 The MXGP of Turkey which is set to take place on September the 1st and 2nd in Afyonkarahisar was officially presented to over 120 guests including national and international media as well as national sponsors on January the 9th. The event was hosted at the famous Çırağan Palace, a former Ottoman Palace now 5 star hotel, located in Istanbul on the European shore of the Bosphorus.

Both national and international authorities were invited to the outstanding Palace’s Ballroom where a press conference was held. In attendance was Youthstream Vice President Luigi Zompetti, FIM Europe President Dr. Wolfgang Srb and Turkish Motorcycling Federation President Bekir Yunus Ucar, Governor of Afyonkarahisar Mustafa Tutulmaz and the Mayor of Afyonkarahisar Burhanettin Coban, all of which took the stage to introduce the event from their unique perspectives.

The Afyon Sport Complex is located in a very strategic position that can attract thousands of people from the 4 biggest Turkish cities: Ankara, Antalya, Izimir, only 2 hours far from Afyonkarahisar and the capital city Istanbul which is reachable in 4 hours.

It was also announced together with the FIM Motocross World Championship that many activities are planned during the event on the Afyon Sports complex with the plan to make a festival around the MXGP of Turkey such as: Jet Skiing, Wall climbing, Live Music, DJ Shows, Exhibitions, and Turkish cuisine stands.

Youthstream Group Vice President Luigi Zompetti stated: “A few weeks ago, Youthstream’s representatives made an inspection at the Afyon Motor Sports Center in Afyonkarahisar checking the track and the facilities that will host the MXGP of Turkey on September 2nd, 2018. The inspection was really successful, leaving Youthstream extremely impressed about the quality of the venue and its potential. Youthstream target is to bring the FIM Motocross World Championship in the most important markets of the world and, having Turkey back, add further credibility to our series” commented Mr. Luigi Zompetti, Vice President of Youthstream Group. “In the last years the Motocross World Championship has grown very quickly and in 2018 the MXGP series has reached its best TV coverage and its best calendar ever with 20 events plus the Monster Energy FIM Motocross of Nations in the United States. I trust MXGP will create a great promotion for your beautiful country and I am very optimistic about the future of MXGP in Turkey. I really wish to thanks and congratulate the President of the Turkish Motorcycling Federation (TMF), Mr Bekir Yunus Ucar, the Afyon Governor, Mr. Mustafa TUTULMAZ, the Major of Afyon, Mr Burhanettin ÇOBAN and the FIM – Fédération Internationale de Motocyclisme for their commitment and support making possible the MXGP of Turkey happen again”

FIM Europe President Wolfgang Srb: “The fact that Turkey is back on the calendar of the FIM Motocross World Championship is important. The sport complex in Afyonkarahisar is as huge as impressive and will be for sure an excellent venue for the World Championship and in the future also for the European Championship”, Dr. Srb commented “Congratulations to the President of the Turkish Motorcycling Federation (TMF) Mr Bekir Yunus Ucar, the Government representatives and all the authorities who made this event possible; and, of course, also to our promotion partner Youthstream. One more thing: Turkey has top riders in Circuit Racing; I hope that with this initiative in a short time Turkish riders will also play a strong role in Motocross.”

Turkish Motorcycling Federation President Bekir Yunus Ucar said: “As the President of the National Federation I’m very proud to be here with you all today and I wish to thank you for your presence in this wonderful venue. The venue of the MXGP of Turkey is massive and it is big work for all of us and I use this occasion to thank the Governor who is helping us a lot. I hope that the window that we are opening with the MXGP of Turkey it’s just a start for new opportunities and to make motocross grow in Turkey.”

Governor of Afyonkarahisar Mustafa Tutulmaz continued: “This event is the proof that the province of Afyonkarahisar is growing as a higher level. I’m really proud that our province will be introduced to the world with the FIM Motocross World Championship that will bring great value to the area. I use this occasion to welcome everybody to the MXGP of Turkey”

Mayor of Afyonkarahisar Burhanettin Coban ended: “First I wish to welcome all of you to Turkey and the Turkish Motorcycling Federation who have organised this presentation. I’ve been Mayor since 2009 and this is the first international event we are going to organise on that field. Afyon Sport Complex is the biggest sport complex of the country, famous as being the host of Football teams for Summer Camps. We can’t wait to welcome motocross and its fans to Afyon Sport Complex and it’ll be a pleasure to have them enjoying the many activities the city can offer! A big thanks to the people who believed in us, especially Youthstream, the FIM, FIM Europe, and the Turkish Motorcycling Federation.” 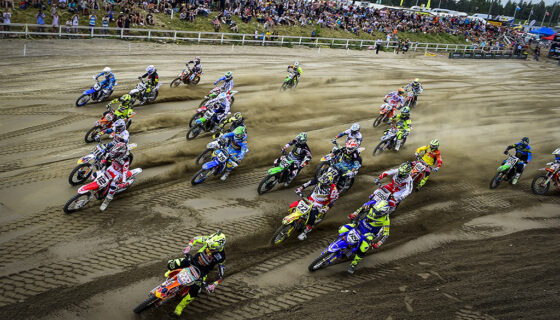