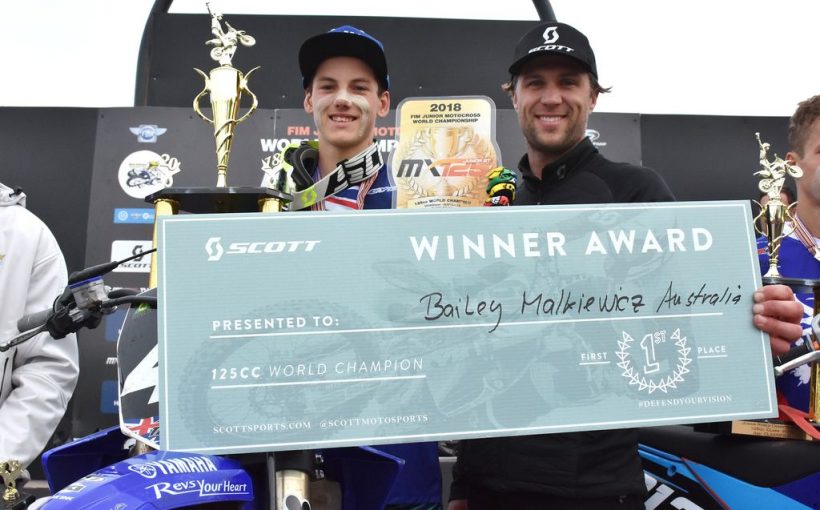 Beautiful Horsham, Australia in the Victoria region of the country hosted the best young riders in the world but rising above all others were Bailey Malkiewicz in the 125 category, Caden Braswell in 85cc, and Braden Plath in the 65cc World Cup.

SCOTT Sports has stepped up to honor these winners with a package including: a Prospect Goggle, 550MX Helmet, 450 jersey, 450 pants, 450 glove set, and Body Armor Softcon. The valuable prizes are just one extra bonus to sweeten the reward of claiming a Junior World title.

SCOTT Sports is a worldwide leader in off-road apparel, goggles, bicycles, and sporting goods, based in Switzerland, have long been a FIM Junior Motocross World Championship and FIM 65cc World Cup sponsor.