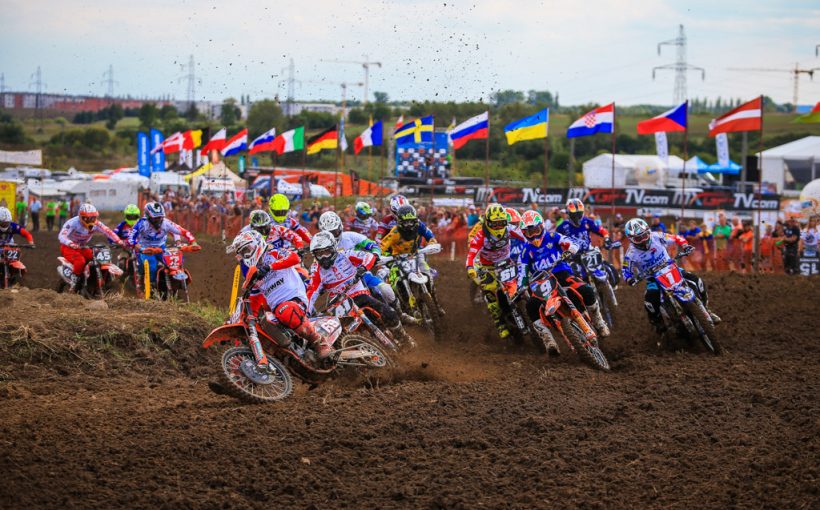 The 2018 Motocross of European Nations has completed Qualifying in Poland at the Gdansk circuit. Team Italy was the best overall in both the MXoEN and WMXoEN’s qualifying today with Norway and the Netherlands also putting in strong performances.

Today’s Qualifying was preceded by an opening ceremony and team presentation in a square in the city of Gdansk held yesterday night. 19 teams were presented in total with 11 men’ teams and another 8 women’s teams. The opening event also hosted speeches from Youthstream Representative Patricia Maskarova, who stressed the importance of such events for the promotion of the sport, President of the Polish Motorcycling Federation (PZM) Michal Sikora, who expressed gratitude to be the host country, and Marian Zupa, the President of the Gdansk Automoto Club who shared his pride in having the venue host the event for the second consecutive year in addition he wished the participants luck.

The first qualifying race of the day was a combined race with the 250 4 strokes and the 125cc 2 Strokes. Free Practice earlier in the day put Italy’s Gianluca Facchetti at the front of the standings with the fastest lap time. Just after the start of the combined race France’s Maxime Renaux crashed in turn 2 slowing the 125 riding of Mattia Guadagnini who lost positions. Norway’s Kevin Horgmo took the race win on his 4 stroke while France’s Tom Guyon took the top spot of the 125’s.

85cc Qualifying was lead from start to finish by Norway’s Hakon Osterhagen as he took the holeshot and never looked back. Unable to be caught by anyone Osterhagen became the second Norwegian to top a qualifying race today. Italy’s Valerio Lata took second and France’s Xavier Gazal took third.

The women’s Qualifying race was completely controlled by the multi-time Women’s Motocross World Champion Kiara Fontanesi from Italy. Fontanesi took holeshot and led till the end while France’s Mathilde Martinez and Denmark’s Sara Andersen fought for 3rd position. With only a few laps to go Andersen managed took the spot from Martinez and finished just behind the Netherlands’ Nancy Van de Ven.