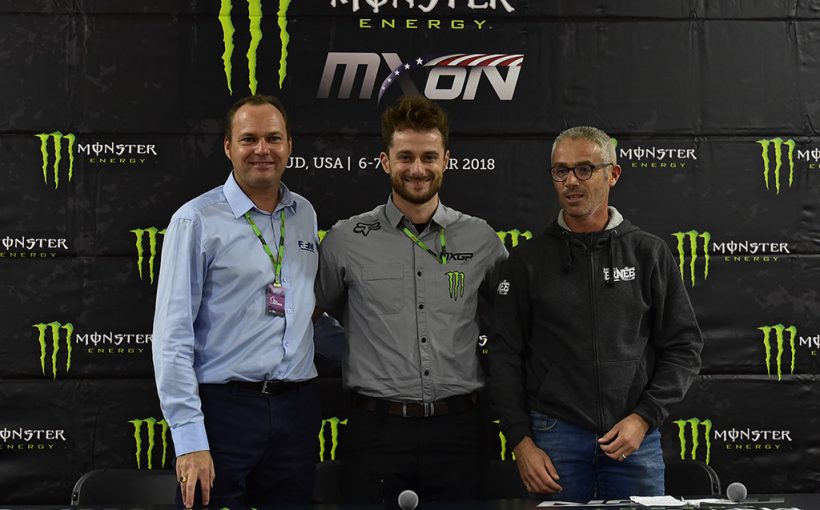 Today just after the Qualifying races of the 2018 Monster Energy FIM Motocross of Nations at RedBud, Youthstream and the French Motorcycling Federation proudly announce that Ernée, France will again host the prestigious event in 2020.

The venue of choice for the 2005 and 2015 editions of MXoN the Ernée Moto-Club will once again host this mythical competition. The announcement was made official today by Youthstream Vice President Mr. David Luongo, Managing Director of the FFM Mr. Sébastien Poirier and President of the Ernée Moto-Club Mr. Philippe Lecomte.

David Luongo, Vice President of Youthstream: „The French following is one of the biggest in the world in the field of motocross and the French fans have always been incredible. It was the obvious choice, especially with the partnership we have with the French Motorcycling Federation and French clubs, to bring the Motocross of Nations back to France. We chose Ernée after the two editions (2005 and 2015) because both of them were an incredible success, we all have images and memories from the Motocross of Nations in Ernée and we are very proud to be coming back.”

Managing Director of the FFM Mr. Sébastien Poirier: “Motocross is such an important sport in France for the riders, fans, families, and us. Motocross is the most popular motorcycle discipline in our country and we are happy that Youthstream sees our dedication to the sport at all levels. The biggest motocross race in the world will be back in France and back at the trustworthy Ernée circuit. Together with Youthstream, the FIM, and Philippe we will work to again make this event another unforgettable success.”

Philippe Lecomte, President of the Ernée Moto-Club: „I would like to thank the FIM, Youthstream and the FFM for allowing us to once again organize the Motocross of Nations in 2020. For the third time, this event will take place on our soil. The 2005 edition was fantastic, that of 2015 was even better with an incredible atmosphere punctuated by a French victory. I hope that 2020 will have the same success, all the volunteers are already at work to host both the best riders in the world and tens of thousands of spectators expected.”