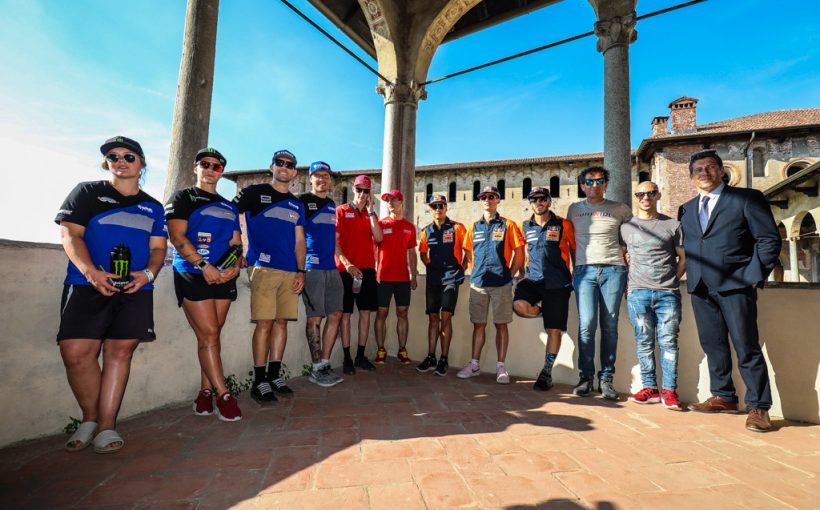 The first event of the 2018 Fiat Professional MXGP of Lombardia took place this evening with a media event and rider signing session at the “Cavallerizza Del Castello” in the nearby town of Vigevano.

The castle hosting the event is among the largest fortified complexes in Europe and at over 70,000 square meters it is twice the size of Buckingham Palace. Finished in the early 1490’s the location is the site of a massive amount of history.

The riders where first given a tour of the complex where the various media and even some lucky Italian fans capitalized on the opportunity to take photos. Just after the tour the group took a short walk to the Piazza Ducale square where a signing session took place with all the riders and a large crowd of fans. The passionate fans and the epic venue of the successful event was just a small taste of what is expected for this weekend.