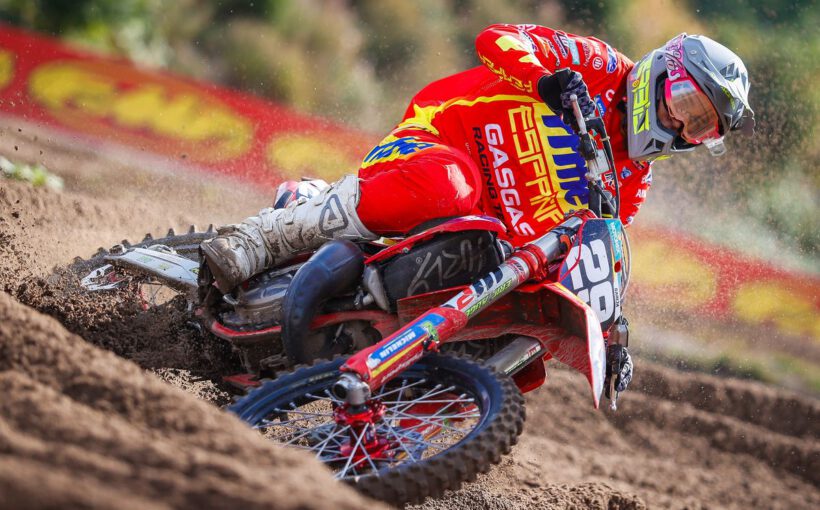 The first day of racing has concluded with the qualifying sessions in Vantaa, Finland for the 2022 FIM Junior Motocross World Championship.

Today was a crucial day for the 180 riders that hoped to be among the 40 riders in the 125cc, 85cc and 65cc categories to line up for tomorrow’s races and have a chance to fight for the medal-scoring positions.

Each class was divided into two groups, where the top 18 from each group qualified and the rest took part in the last chance race at the end of the day. A total of 4 riders progress through to the main races from the last chance heat, along with an additional 2 reserve riders.

In the 125cc qualifying session, Janis Martins Reisulis topped the charts in the Group A session with a lap time of 1:42.668 compared to Ferruccio Zanchi’s 1:43.048 lap time and local rider Kasimir Hindersson’s lap of 1:43.875.

Qualifying for tomorrow via the last chance race were Mads Fredsoe, Uldis Freibergs, Jakob Frandsen and Ofir Casey Tzemach while Maximilian Ernecker and Collin Allen are the two reserve riders.

In the last chance race, the riders who progressed into the final for tomorrow were Carson Wood, Casper Lindmark, Ricards Alens Galcins and Juan Uzaguirre. While the two reserve riders will be Hugo Bergqvist and Jacob Bloch.

Progressing to the races tomorrow through the last chance race was Alex Novak who was the winner ahead of Seth Thomas, Trent Valsecchi and Ollie Birkitt. The reserve riders are Leo Wilson and Louis Morette.

With the qualifying action concluded, it is time to look forward to tomorrow’s races as we gear up to crown the 2022 125cc and 85cc Junior World Champions and Junior World Cup winner in the 65cc category.