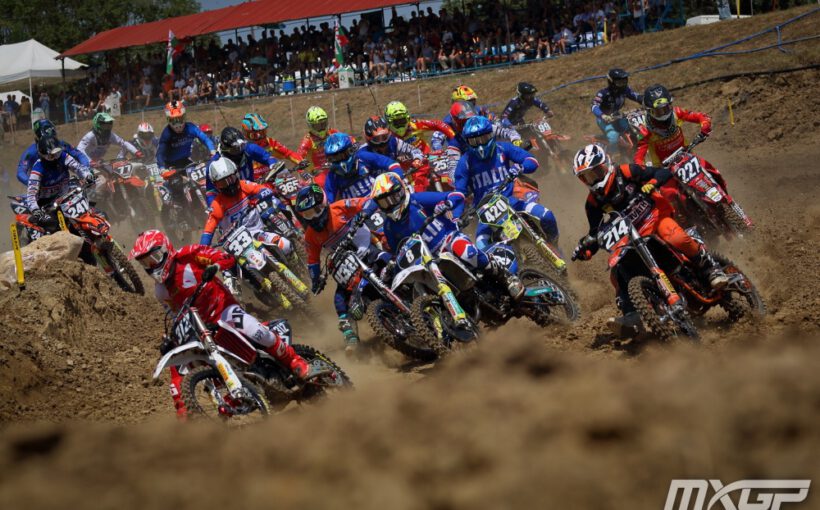 The FIM Junior Motocross World Championship is taking place this weekend at the famous Lavanko track in the city of Vantaa in Finland.

Vantaa is a historical place and first hosted the FIM Motocross World Championship in 1963 which was won by Torsten Hallman, the 4-time World Champion and the founder of Thor MX clothing.

The Lavanko track has previously hosted the FIM Junior World Championship in 2006 which saw the likes of Alessandro Lupino, Ken Roczen, Eli Tomac, Glenn Coldenhoff and Marvin Musquin, among others, battling for the junior titles as they looked to start out their professional careers in motocross.

Though the Lavanko that we know today was only established in 1996, located in the industrial area behind Helsinki Airport before it underwent construction and was changed in 2020/2021. Previously the track was hard-packed clay and coarse sand but since the renovation, the club have brought in hundreds of truckloads of fine sand and is now a much softer surface which they refer to as the “Finnish Lommel”.

This weekend, youngsters from all over the world will gather for the biggest junior event of the season as the event will bring together more than 190 riders from more than 25 different countries, including those making the trip over from South Africa, Australia, Canada and USA.

This year the 125cc category is stacked full of talent. Some of the favourites heading into this weekend are Fantic Factory Team Maddii’s Cas Valk who will look to add a world title to his 2022 EMX125 Presented by FMF Racing crown. He will be challenged by the Reisulis brothers, Karlis Alberts Reisulis of Yamaha Europe EMX125 MJC and Janis Martins Reisulis who placed second and third in the European Championship this year. There is also Ivano Van Erp of Yamaha Europe EMX125 MJC to consider, as he is a very strong sand rider and dominated the last two rounds of the EMX series.

There are also talents from outside of Europe making the trip to Finland, with the likes of Byron Dennis and Kayden Minear for Australia and Collin Allen, Casey Cochren from the USA, as well as Bryce Petersen, Blake Young, Kyle Townsend and Luke John Grundy looking to challenge for the 125cc junior title.

In the 85cc class, last year’s second place finisher and this year’s EMX85 finals winner Vitezslav Marek will be looking to finally secure the 85cc Junior World Champion title after coming short last year. Though he will be challenged by the likes of Gyan Doensen and Filippo Mantovani who finished second and third in the European Championship this year. Dani Tsankov will also be entering the event, fresh off his victory in the YZ bLU cRU 85cc FIM Europe Cup Superfinale in France, which should give him a big confidence boost heading into this weekend.

Other names to look out for include Jayden Riley from Canada and Landon Gibson and Carson Wood from the USA. Neil van der Vyver, Trey Andrew Cox, Christian Dieter Berrington-Smith, Matthew Correia, Jordan van Wyk from South Africa are another group of riders to look out for.

And finally, the 65cc class will be looking for a brand-new 65 Cup Winner this year with the likes of Ricardo Bauer, who was the winner of the EMX65 finals this year in Czech Republic, along with Pau Caudet Ruiz and Jorge Salvador who finished second and third, and Lucas Leok who placed 4th, will be looking to have their shot at winning the category this time around. Along with Andrea Uccellini who placed third last year at the Junior World Championship. Tayce Morgan and Maddox Temmerman from the USA, Ollie Birkitt from Australia along with Evan Frost, Trentino Kretzmann, Cruz Martin and Trent Valscecchi from South Africa.