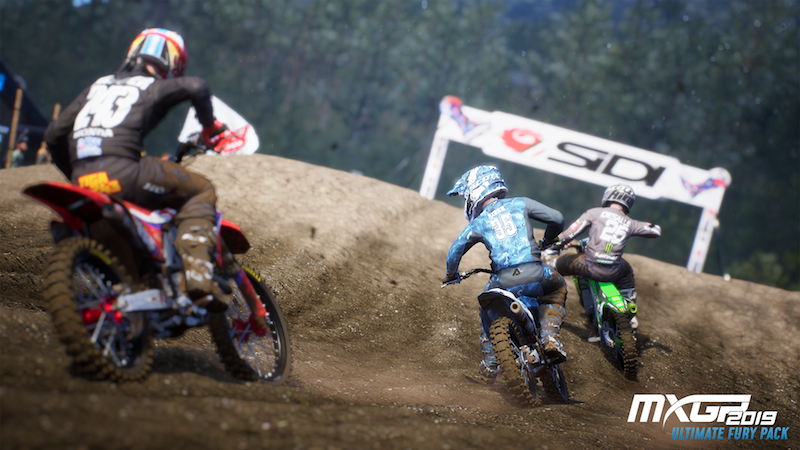 Youthstream and Milestone are proud to announce its first adrenaline-fueled gameplay video of MXGP 2019, showing Tim Gajser rolling the track of Pietramurata on his Honda HRC.

Globally available from August 27th on PlayStation®4, Xbox One and Windows PC®/STEAM, MXGP 2019 will allow players to race with all riders, bikes and teams of the current season at the tracks of the 2019 calendar. Players will be able to compete in the MX2 category or directly in the MXGP top class, choosing either joining an official team or signing with a sponsor to race for a custom team. Finally, all the fans of the game will be able to live the thrill of the Championship at the same time of their favorite champions! MXGP 2019 will also feature a brand-new Track Editor so the players will be able to create their favorite track fully customized with specific Motocross modules. The players will be able to share the tracks created with the Track Editor with the community and compete with them!