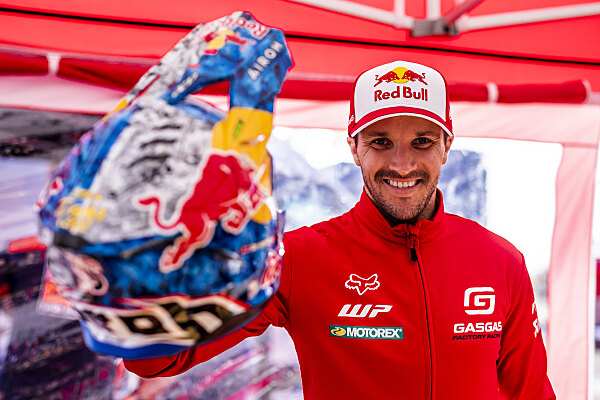 THE STAGE IS SET FOR GASGAS FACTORY RACING’S RALLY STAR TO ENTER THE RECORD BOOKS FOR A SECOND TIME IN 2022.

This is it, the final round of the 2022 FIM World Rally-Raid Championship is about to kick off and GASGAS Factory Racing’s Sam Sunderland is on the cusp of becoming a rally world champ for the very first time! All that separates the Brit from clinching the title is finishing the Andalucia Rally – a four-day event in the heart of southern Spain – where he needs a minimum of three points to lift the championship trophy.

Sam Sunderland:“It’s the final round this week and I can’t wait to get started. It’s been a long but really good season so far and I’m excited for the Andalucia Rally. It’s a lot different to all the other rounds with no sand dunes and a lot of slippery trails, so it’ll be a different challenge for sure. At the last round in Morocco I had a very minor injury holding me back after a small crash prior to the race. I hurt my hand but it’s been checked out and it’s all fine and 100% now so I’m ready for a good race here in Spain. We’ve been testing on similar terrain in the build-up to this race and I’m feeling confident. The goal is pretty clear, I just need to score the few points needed to win the world title so I’ll be looking for a smooth race to get the job done without any drama.”

Fighting through a little discomfort last time out at the Rallye du Maroc, Sunderland put in a solid effort to place fifth overall and collect vital championship points in the process. In doing so, the RX 450F racer extended his lead in the series heading into this week’s final round – the Andalucia Rally in Spain. Now back firing on all cylinders, Sunderland is quite rightly confident of securing the three points needed to be crowned 2022 FIM World Rally-Raid Champion!

The Andalucia Rally is in many ways a unique fixture on the 2022 FIM World Rally-Raid Championship calendar. No sand dunes, or camels to dodge, just plenty of rocky tracks to navigate with pinpoint accuracy. And with only four timed specials, it’s the shortest event in terms of duration and distance covered with just over 1,000 kilometers raced against the clock. The Prologue kicks things off on Wednesday October 19 before the serious racing starts the following day with the fourth and final special scheduled for Sunday October 23.