Red Bull GASGAS Factory Racing just completed another round of the 2022 FIM Motocross World Championship! The Grand Prix of Finland, held in the sand of Hyvinkää, hosted race sixteen of eighteen earlier today. The GASGAS team salvaged valuable points on a tricky day.

Simon Langenfelder was preparing himself to fight for a spot inside of the top three late in moto one. After lurking in sixth for so much of the moto, he dropped the hammer and started to close in on the guys ahead. Unfortunately, a hard fall halted that charge and forced him to settle for ninth at the checkered flag. There was optimism entering moto two, after those impressive lap times, but a mediocre start wrecked any shot that he had of battling at the front. Completing the first lap in eighth, he did well to progress to fifth at the checkered flag. 9-5 scores put him eighth in the overall classification at the Grand Prix of Finland.

Simon Langenfelder:„I was just riding in sixth in the first moto and looking to make progress, but I had a hard crash. I jumped up and salvaged a ninth. I did not have the best jump out of the gate in the second moto, but I was riding a lot better. I was feeling good on my MC 250F and did not make many mistakes. I think that we got the best out of a difficult day.“

Jorge Prado enjoyed tackling the rugged sand track aboard his MC 450F and looked at his best, as he posted the fastest time in time practice on Saturday afternoon. Unfortunately, the after-effects of a sickness meant that he could only salvage 9-12 scores in the motos today. Prado’s ranking in the second moto was hindered by a particularly poor start, as he got caught up heading into the first corner. Fourth is the position that he currently occupies in the championship standings.

Caught in an unfortunate incident in the qualifying heat, Mattia Guadagnini was left with a rather bad gate pick for Sunday’s program. ‚101‘ put in a valiant effort to salvage what he could from the far outside, but was forced to fight from the back each time. Twentieth was his result in moto one, after a fall early on, and then he rebounded to charge to thirteenth in moto two. 20-13 scores put him in fifteenth in the overall classification.

Jorge Prado: “Saturday was good. I have been struggling with a sickness lately, so I am trying to salvage whatever I can. I am having so much fun on my MC 450F and my speed in time practice shows how strong that I can be. I am hoping to get better before the next round, because I want to give my team the results that they deserve.”

Mattia Guadagnini: “I just could not get good starts today, because of where I ended up in the qualifying race yesterday. It has not been the best day. I am happy with what I salvaged though and know that there is a lot more to come. We are better than this! We will get back to work this week and focus on being closer to the front next weekend.”

Travelling south is next on the agenda for the squad. The Grand Prix of Charente Maritime, held at St. Jean d’Angely, is going to complete the current run of events. The French round is going to mark the penultimate round of the 2022 FIM Motocross World Championship. 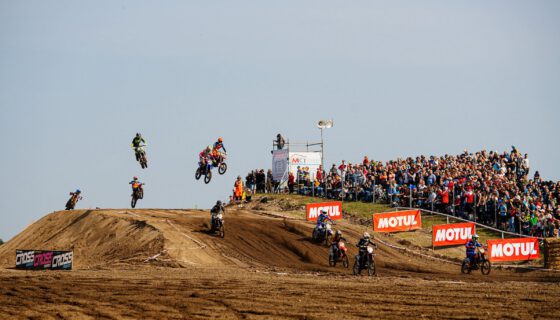 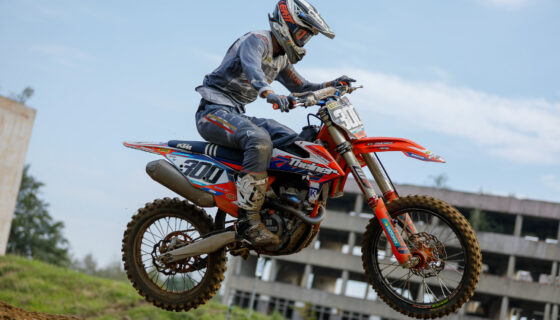 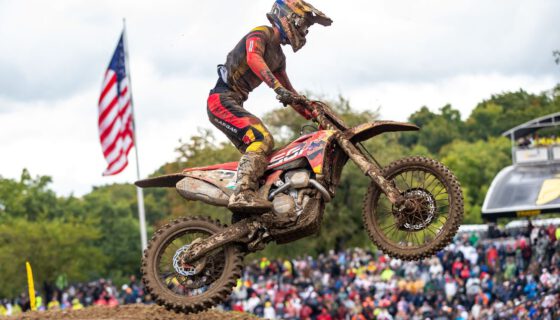 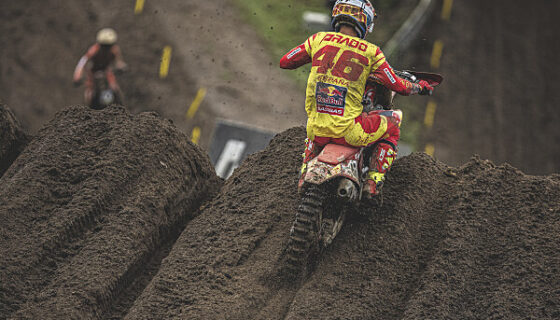 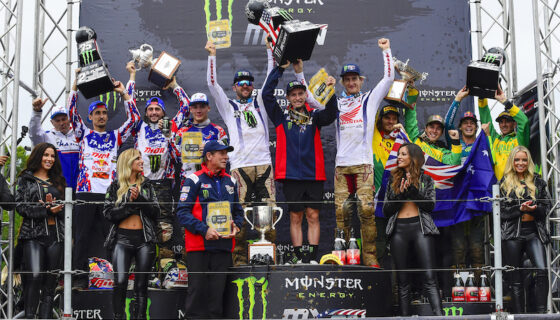