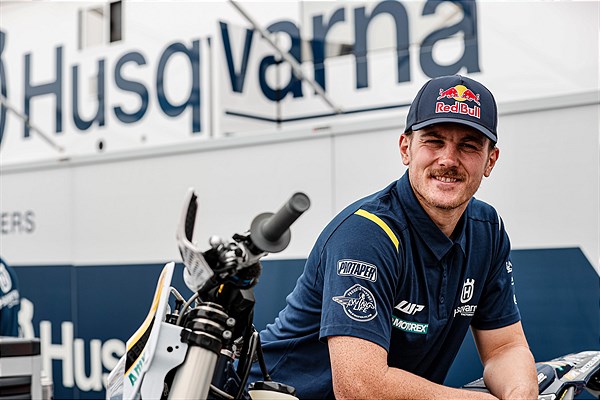 BILLY BOLT TO COMPETE AT ENDUROGP OF ITALY THIS WEEKEND.

Just days on from completing the arduous Red Bull Erzbergrodeo extreme enduro in Austria, Billy has decided to temporarily switch disciplines to classic enduro this weekend and challenge the best in the world. Similarly to his wildcard ride in the 2021 EnduroGP World Championship, where he also raced at the Italian GP, the 24-year-old will face a Friday night Super Test, followed by two long days of special test racing in the hills close to the town of Carpineti on the Saturday and Sunday.

Hoping to lead the way in the hotly contested E3 category, Mikael Persson currently lies third overall in the class. Fresh from his double-podium performance at round two of the series, the Swedish star will be looking to take his first win of the season in Italy and narrow the deficit to the current series leader. With temperatures at the venue expected to reach close to 40 degrees over the weekend, the event will prove a tough challenge for all competitors, both technically and physically.

Billy Bolt:“I’m looking forward to racing another weekend of EnduroGP. Yeah, it’s definitely going to be a little different to Erzberg, but I enjoyed myself last year and I’m hoping for more of the same again. We only decided to give it a go on Wednesday, so I’ll turn up, ride the 300 and just have fun. I’ll be giving it my all of course, but this one is all about the enjoyment. The atmosphere in the EnduroGP paddock last year was great, and although I did well on the Saturday and Sunday, the Friday night Super Test was amazing, so I’m looking forward to having a good crack at that again. It’s great to ride different types of events and different locations, so I’m really happy to have the chance to ride some more classic enduro here in Italy.”