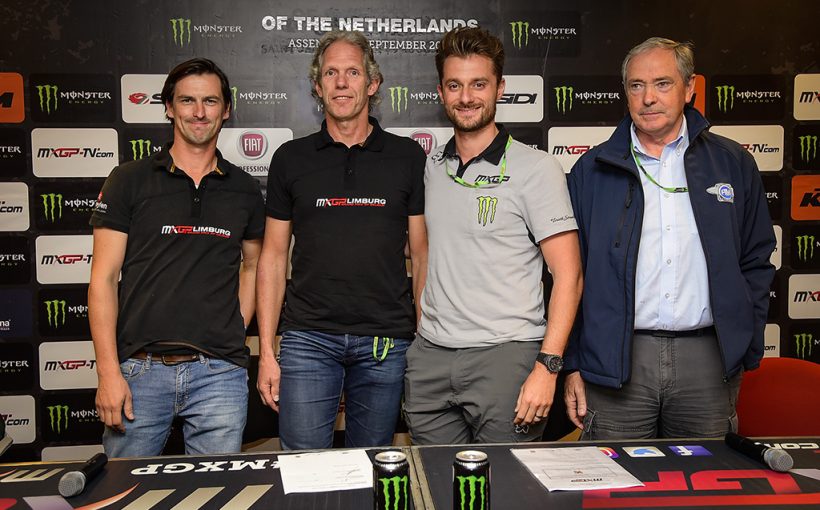 Following today’s qualifying racing and press conference in Assen a special presentation took place from Youthstream and the local organizers of the MXGP of Belgium in Lommel assuring its place on the MXGP calendar for the next four years.

The MXGP of Belgium at Lommel is famously known as one of the most challenging races in the world and it was with great pleasure that Youthstream Vice President David Luongo announced together with FIM/CMS Director Tony Skillington and Organizers of the MXGP of Belgium Johan Boonen and Jo De Munck the future of the event.

Both David Luongo and Tony Skillington noted the long term partnership highlighting the continued efforts put in by the Belgian organization to improve the event and provide an amazing venue with top facilities in the heart of Belgium. One of the best known venues on the calendar is the weekly training ground for many nearby teams and has seen some of the best racing that truly rewards the most skilled and fit riders.

Johan Boonen and Jo De Munck also noted that the new agreement marks a special moment assuring that the work of the late Eric Geboers, long time organizer and motocross legend, will carry on for many years.

The signing of the new 4-year agreement is the first without the presence of Geboers but was in part due to his years of dedication and efforts. The signing took place in front of onsite media and industry members who then took the opportunity for a family photo with the representatives.