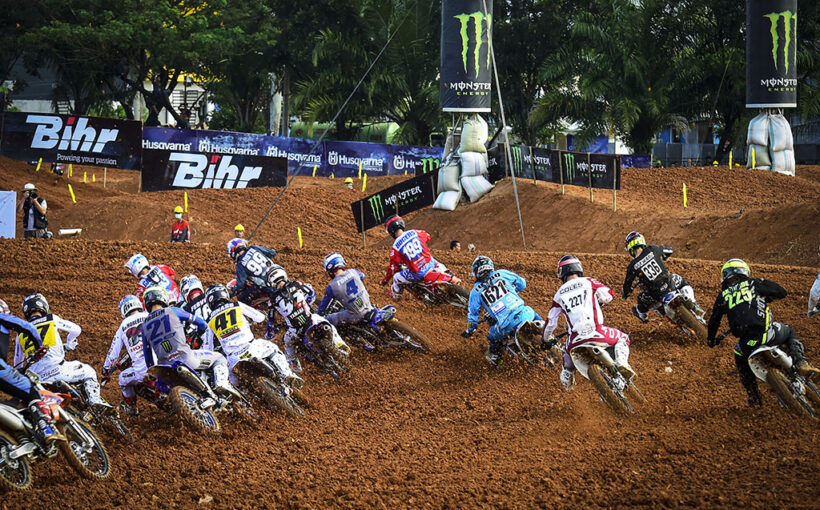 The FIM Motocross World Championship returns to Asia this weekend for the first time since 2019 with the MXGP of Indonesia at the brand-new Samota Rocket Motor Circuit!

The Indonesian Grand Prix always provides an incredible atmosphere with a warm and colourful welcome from the local communities, passionate fans, amazing culture and the beautiful area that we always find ourselves in.

This year, the track is entirely new and built specifically to host the 12th round of the MXGP and MX2 rounds, with an exclusive location close to the sea, in the area of Samota. The medium-hard track is 1695m in length and is surrounded by five lakes that act as a natural watering system and has two big paddock structures fully equipped with air conditioning.

The event will foresee various concerts, air shows and the typical warm welcome that MXGP always receives from the passionate Indonesia fans. What also makes this event so special is that it has the support of the local Government of West Nusa Tenggara Province and the island of Sumbawa, who are keen on taking the event to the next level!

The Sumbawa Island itself is located in the middle of the Lesser Sunda Islands chain, with Lombok to the west, Flores to the east, and Sumba further to the southeast. It is known to be the perfect place to surf and dive in the province of West Nusa Tenggara and is best known for its waves, sandy beaches and wild terrain.

The last time that MXGP visited Indonesia was back in 2019 with two incredible events, the MXGP of Indonesia and Asia. The Indonesian Grand Prix was won by Team HRC’s Tim Gajser in MXGP and Red Bull GasGas Factory Racing’s Jorge Prado in MX2, who will this weekend go head-to-head for the win in the premiere class.

Team HRC’s Tim Gajser finally got back to winning ways after securing a race victory and getting on the top step for the first time since the Italian Grand Prix in Maggiora. Gajser had some tough races but getting on the top step a couple of weeks ago in Germany and as well with the confidence of winning in Indonesia last time around should make him a GP victory threat as he will no doubt be looking to start a new winning streak!

The Slovenian currently holds a strong lead in the MXGP Championship standings and is 101 points ahead of Monster Energy Yamaha Factory Racing’s Jeremy Seewer who has been on form lately. The Swiss has scored two podiums on the bounce in France and Germany, one of which was an overall win. It’s looking like in the second half of this season the Yamaha rider is a big competitor for the podium and even race wins, as he won a race in France and Germany too, therefore something big can be expected from him this time around.

Kawasaki Racing Team MXGP’s Romain Febvre made his return to racing in Germany after six months off the bike due to injury. The Frenchman only had a couple of weeks on the bike before he lined-up for an MXGP race and his results were very impressive. Febvre went 4-7 in the races for fifth overall, which is a great starting point for the Kawasaki rider who is looking to get back to full fitness and focus on the title fight in 2023.

Red Bull GasGas Factory Racing’s Jorge Prado is another threat this weekend as he has been building for the top step this season. Prado did win the GP in Portugal but has struggled ever since, more notably since picking up a shoulder injury in training before the MXGP of Italy. Though the Spaniard claims he knows exactly what he needs to work on, and it will be interesting to see whether these couple of weeks before the Indonesian GP helped him make those changes.

With Monster Energy Yamaha Factory Racing’s Maxime Renaux out for a while due to several broken vertebrae, this gives his teammate Glenn Coldenhoff to make a move up in the championship standings from fifth to fourth. Coldenhoff has already three podiums under his belt this season and he is certainly capable of more as he looks much more comfortable with his set-up.

Gebben Van Venrooy Yamaha Racing’s Calvin Vlaanderen also has fond memories in Indonesia, having won his first MX2 overall Grand Prix back in 2018. Vlaanderen already got his MXGP GP victory this year, but it would be nice to see him back on the podium again, and maybe this weekend he can make it happen.

Standing Construct Husqvarna Factory riders Brian Bogers and Pauls Jonass are also among the favourites this weekend, as the duo constatly battle at the sharp end and already have some podiums in their pocket this season.

Some Australian riders will be making the trip across to Indonesia to wildcard the Indonesian Grand Prix, with Nicholas Murray and Lewis Stewart set to make their first MXGP appearance and no doubt motivated for some top results. Additionally, there is a local rider Farhan Hendra fahrodjie who will be representing Indonesia this weekend.

In MX2, Monster Energy Yamaha Factory Racing’s Jago Geerts is the leading man, as 8 points separate him and Red Bull KTM Factory Racing’s Tom Vialle who lost the red plate due to a bike issue in the second MX2 race at the German Grand Prix.

This is just another turn in the title fight between the pair which has never been closer! No doubt both Geerts and Vialle will be looking for top results and the medium-hard terrain should suit both. Vialle was on the podium last time around in Indonesia where he finished second behind Prado, so it will be interesting to see if that will give him any confidence boost for this weekend.

Nestaan Husqvarna Factory Racing’s Kay de Wolf will be looking to better his results from Germany as he made his return to racing after injury. The Dutchman delivered two solid results of 11-11 but he will no doubt be looking to improve this weekend as he is more than capable of running with the leaders.

Monster Energy Yamaha Factory Racing’s Thibault Benistant should be full of confidence after his first Grand Prix with in Teutschenthal just a couple of weeks ago. Benistant has been strong in the last two GPs, has won a race at each one and has finished on the box on both occasions. He has three podiums this year, but more will no doubt be on the way as the Frenchman looks on form.

The last over-seas race proved to be a good one for Big Van World MTX Kawasaki’s Mikkel Haarup who scored his first podium since 2020 and followed up with two more in Portugal and Trentino. It took him a while to get back on the box, but he did so in Germany as he secured his fourth top three finish of the season which is a brilliant result for the Dane and it would be great to see him add a few more in the next races.

There are a number of local riders taking part in this weekend Indonesia Grand Prix, including Delvintor Alfarizi, Ananda rigi Aditya, Diva Ismayana and Malaysian riders Dharwin Lingam, Muhammad Hakimi Iroly and Phattiphat Theerapongs Rattanap. Alfarizi is the most experience out of the group, having competed previously at the Indonesia Grand Prix in Semarang in 2019 where he finished 16th and 18th in Palembang. 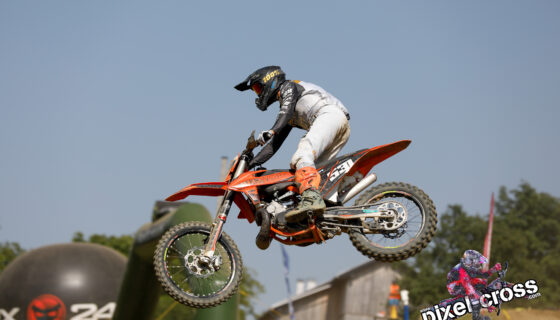 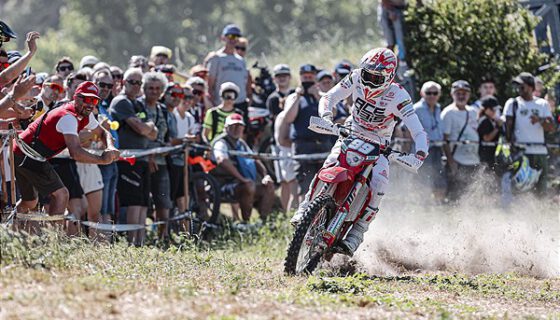 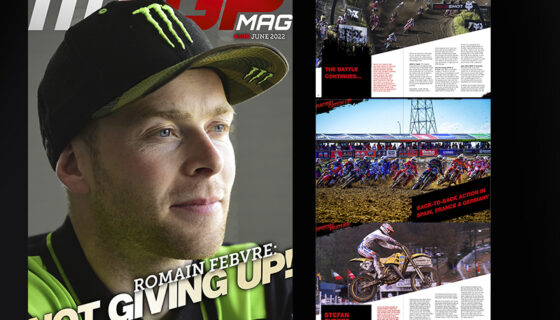