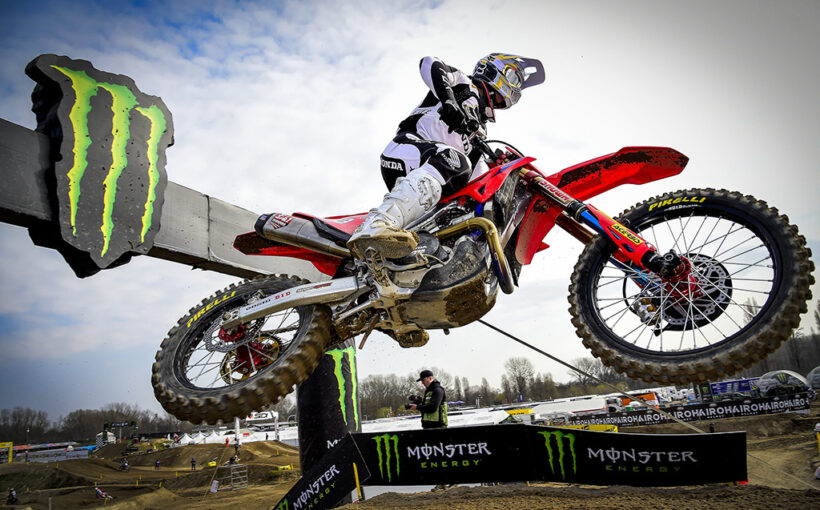 The first day of action has concluded for the MXGP of Lombardia with the MXGP and MX2 Qualifying races, along with the first heats of the FIM Women’s Motocross World Championship and the EMX250 Championship.

A sunny but chilly day presented the riders with a different track than they were previously used to, with the lack of rain in the last few months making for a much harder circuit, compared to the more sandy Mantova that we saw last season.

Team HRC’s Tim Gajser and Monster Energy Yamaha Factory Racing’s Jago Geerts topped the charts in qualifying of the FIM Motocross World Championship, while in the first races of the support classes, we witnessed Lynn Valk of JK Yamaha Racing secure her first race win of the 2022 season, while in EMX250 the race one winner was Rick Elzinga of Hutten Metaal Yamaha Racing. We will see tomorrow how these riders get on in the second race and if today’s results will help them towards a podium finish.

Gebben Van Venrooy Yamaha Racing’s Calvin Vlaanderen got unlucky as he crashed in the opening lap and did not continue with the race.

Meanwhile Team HRC’s Tim Gajser was quick to make some moves in the beginning of the first lap and was already up in second. And as the Slovenian was searching for a way into the lead, Fernandez crashed hard on the finish jump. The Spaniard picked himself up but did not re-join the race.

Gajser then opened up a gap to Seewer, who made a mistake going off the side of a jump. The Yamaha rider did hold on and managed to carry on without crashing, thus not losing any positions.

Evans came into pitlane, with a technical issue and did not carry on with the heat.

Prado then took over third from Coldenhoff. DIGA PROCROSS KTM Racing’s Thomas Kjer Olsen was just behind the pair and was looking to make his own move into fourth. He managed to do just that not long after.

Gajser went on to claim his first qualifying race victory of 2022 ahead of Seewer and Prado, with the trio among the top favourites for the podium tomorrow.

Tim Gajser: “It was good. I had a slow start and then I was third and made some quick passes in the beginning, made a gap and controlled the race. I’m pretty happy and looking forward to tomorrow. Starts will be really important so definitely all the focus will be on getting a good start and riding well”

Geerts then was quick to take away the lead from the GasGas rider, who crashed not long after and took Van de Moosdijk with him. The pair got going again to finish the race 17th and 24th.

Geerts then set the fastest lap of the race as he looked to shake off Vialle, who was not letting the Belgian get away so easily. The pair pushed on and a few laps later had a nice six second gap to Horgmo who was doing a great job in third.

Further down the field, Nestaan Husqvarna Factory Racing’s Kay de Wolf and Gifting had a big moment together, with Gifting being knocked off his bike and out of seventh with De Wolf stealing his position.

While it looked like Vialle was not giving up on Geerts, the Frenchman must have made a mistake, as he lost a lot of ground on the leader.

In the end Geerts was able to get his head down and secure the victory, winning 7.015 second ahead of Vialle. Horgmo crossed the line third but was penalised after failing noise control and ultimately finished eighth. This pushed Adamo up to third with Guadagnini bouncing back strong to finishing fourth ahead of de Wolf.

Jago Geerts: “I’m really happy about today. I felt good on the track the whole day and was first in time practice and then had a good gate pick for the qualifying race. I had a pretty good start, much better than last week so that’s positive. I just had a good feeling on track, I’m happy with my riding, looking forward to tomorrow and hopefully try to do the same in the two races”.

Tomorrow we will witness the second races of the WMX and EMX250 support classes along with the main races of MXGP and MX2 where we get to see who will mount the podium at the MXGP of Lombardia.