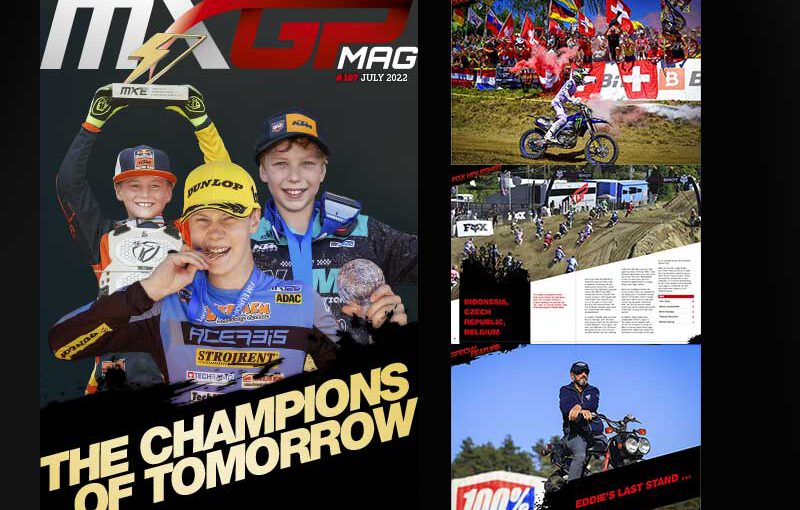 Infront Moto Racing is pleased to share the #107 edition of the MXGP Magazine!

The 107th edition of the monthly magazine takes a closer look at the EMX finals and Junior e-Motocross series at the MXGP of Czech Republic in the ‘Champions of Tomorrow’ feature, while the rest of the magazine includes the monthly Racing Catch-Up of the previous rounds in Indonesia, Czech Republic and Belgium, along with the current standings of the Fox Holeshot competition.

There is also a Special Feature on FIM-Europe’s Eddy Herd, as well as the Vintage Bike section includes Donny Schmit 1992’s Yamaha 250cc while in this month’s Hall of Fame we learn more about the career of Daniel Pean!

You can find all this plus more in the 107th issue of MXGP Mag, which you can download for FREE on the Apple Store or Google Play.