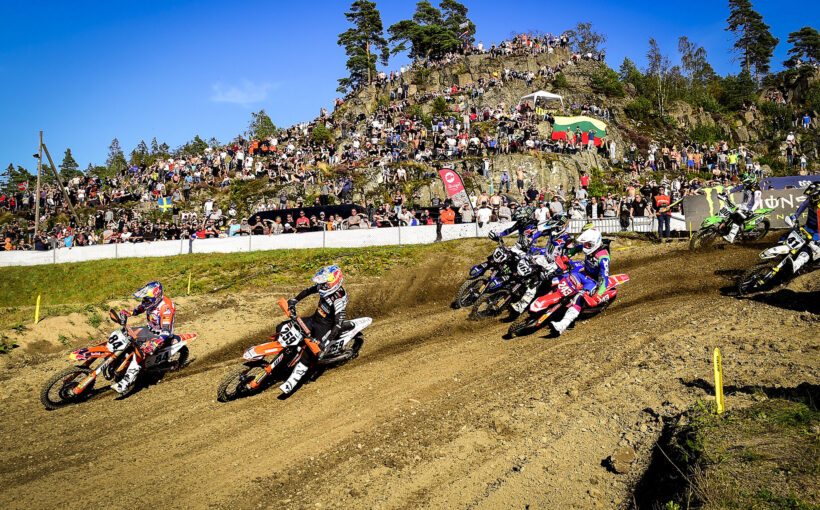 MXGP Excited for Return to Sweden this Weekend!

This weekend, the FIM Motocross World Championship returns to Uddevalla for the first time since 2019 to celebrate the comeback of the MXGP of Sweden!

The Uddevalla circuit can be considered among the OG’s when it comes to hosting the FIM Motocross World Championship which made its first appearance at the Swedish venue back in 1958. That time around, local hero Sten Lundin was victorious in the premier 500cc category.

Over the years, Uddevalla has hosted a total of 23 GPs with the last edition taking place in 2019 that saw Monster Energy Yamaha Factory Racing’s Glenn Coldenhoff and Red Bull KTM Factory Racing’s Tom Vialle victorious in MXGP and MX2.

Though when it comes to winning Grand Prix’s, Antonio Cairoli and Stefan Everts top the charts with six victories each, while other winners include the likes of Joel Smets (3 wins), Team HRC’s Tim Gajser (2 wins) and Red Bull KTM Factory Racing’s Jeffrey Herlings (2 wins) among others.

This weekend will be another opportunity for some new faces to join the winners circle, or for some to go up the order and increase their stats. Alongside the 15th round of the series, we will also see rounds of the EMX250 and EMX125 Presented by FMF Racing classes where previous round winners Lucas Coenen of Jumbo Husqvarna BT Racing Team and Janis Martins Reisulis will be looking to repeat their success and fight for a podium spot once again.

Team HRC’s Tim Gajser is well and truly on his way to his fifth world title, with the likelihood that he will wrap up the championship in Finland. And with a healthy 122-point lead over his closest rival Jeremy Seewer of Monster Energy Yamaha Factory Racing, there should be no pressure for the Slovenian, other than to bounce back from two difficult GPs in Czech Republic and Lommel.

Meanwhile, Seewer will also be looking to do the same. The Swiss showed great form in Loket and was looking good for the GP in Lommel after winning the qualifying race. However, this did not translate into the races, as he failed to mount the podium. After a week off, Seewer could come back with a victory and repeat his success of 2017 when he won the Grand Prix in MX2.

While Seewer and Maxime Renaux struggled in the deep sand of Lommel, their teammate Glenn Coldenhoff managed to bring home the podium for the team after winning the second race. Coldenhoff was feeling sick all weekend, which made his race victory and third place podium finish even more impressive as he tackled brutal conditions of the ‘toughest sand track in the world‘. This will hopefully give the Dutchman confidence with the added bonus of entering the Swedish GP as the defending winner, having won there back in 2019 upon our last visit.

Red Bull GasGas Factory Racing’s Jorge Prado also has some nice memories in Uddevalla. The Spaniard wrapped up his second MX2 title there in 2019, which will hopefully give him a boost entering this weekend as he continues to ride back to full fitness.

Standing Construct Husqvarna Factory duo of Brian Bogers and Pauls Jonass will be one to watch this weekend, after Bogers‘ triumphant weekend in Belgium where he claimed his very first GP victory that must have filled him with a lot of confidence for the remaining GP’s as he will be looking to end his best season in MXGP on a high. Meanwhile his teammate Jonass was forced to watch the Flanders GP from the side-line after getting hurt in Loket. Though this will only light a fire under the Latvian who will want to prove his capabilities in these last few races and get back on the podium, same as he did in Uddevalla in 2019 where he finished third behind Coldenhoff and Gajser.

There are quite a few local riders entered for the Swedish GP which includes regulars Alvin Ostlund of JK Yamaha Racing and Anton Gole, along with some wildcard entries from the likes of Danne Karlsson, Anton Nordström Graaf, Emil Berggren, and Eddie Hjortmarker.

As we near the end of the 2022 season, the last few GPs are going to be very important for the MX2 title contenders. Monster Energy Yamaha Factory Racing’s Jago Geerts will be full of confidence after winning his home Grand Prix last time around. The Belgian also picked up extra points over Red Bull KTM Factory Racing’s Tom Vialle as now 23-points separate the duo which is probably the biggest the gap has been this season.

Geerts will be looking to continue his winning streak after winning in Loket and Lommel, but Vialle has the memories of winning in Uddevalla back in 2019 which was his first GP win in MX2, so we could see him repeat that success once more – and he will need to in order to keep the title hope alive.

Nestaan Husqvarna Factory Racing’s Roan van de Moosdijk is another rider who has nice memories of racing in Uddevalla after securing the crown in the EMX250 championship back in 2019. For the Dutchman, it will be his first GP in MX2 at the Swedish venue where he will want to impress as he did in Lommel at the previous round upon his comeback from injury. Moosdijk led the MX2 race for a few laps and was right at the sharp end which can be expected again this weekend.

His teammate Kay de Wolf was also very impressive too, as he finished on the box after winning the opening race and challenging Geerts for the win in the second heat. de Wolf will also have the extra motivation of moving up in the standings as he is just one point behind Ship to Cycle Honda SR Motoblouz’s Stephen Rubini who is ahead in eighth position.

Red Bull GasGas Factory Racing’s Simon Längenfelder is comfortable in third position in the MX2 championship standings but is still chasing podiums. The German came close to another visit to the box in Lommel, but struggle with the heat and demanding track conditions in the final lap which cost him third overall. So it is expected that he will be another rider looking to bounce back and put on a strong performance this weekend.

Hitachi KTM Fuelled by Milwaukee’s Isak Gifting will no doubt be highly missed by his home fans this weekend as he would have been a podium hopeful. Gifting picked up a knee injury while racing the British Championship and is now ruled out for the rest of the series, with the Swede shifting his focus on the next season.

Though other local names, including Filip Olsson, Leopold Ambjörnson and Albin Gerhardsson, will be flying the flag and will be looking to put on their best performance on home soil. 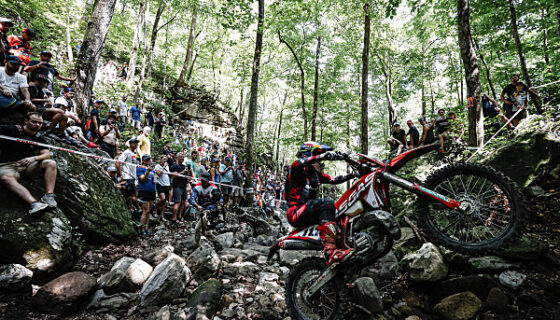 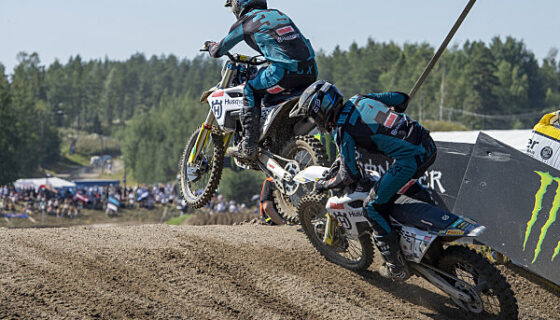 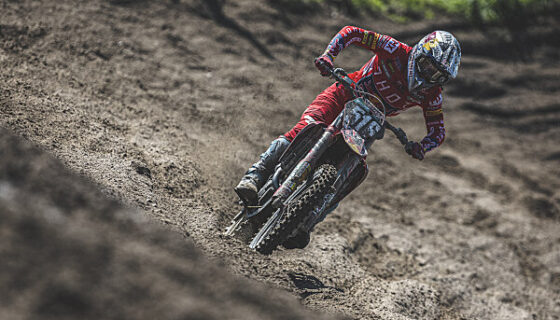