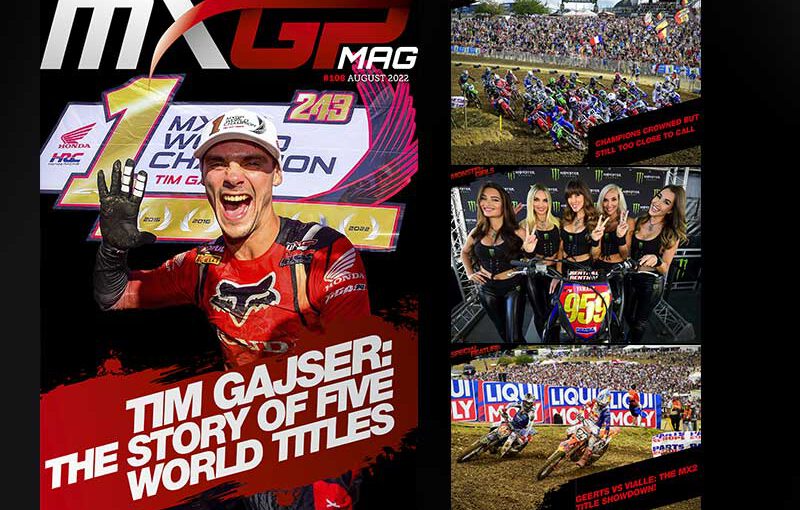 Infront Moto Racing is pleased to share the August edition of MXGP Magazine!

The 108th edition of the monthly magazine features the 2022 MXGP World Champion Tim Gajser as we take a closer look at his journey to his fifth world title, while the rest of the magazine includes the monthly Racing Catch-Up of the previous rounds in Sweden, Finland and Charente Maritime, along with the current standings of the Fox Holeshot competition.

There is also a Special Feature on the MX2 title fight between Jago Geerts and Tom Vialle, as well as the Vintage Bike section, which includes Joel Smets’ 2000 KTM SXS 520 while in this month’s Hall of Fame we learn more about the career of Marc de Reuver!

You can find all this plus more in the 108th issue of MXGP Mag, which you can download for FREE on the Apple Store or Google Play.