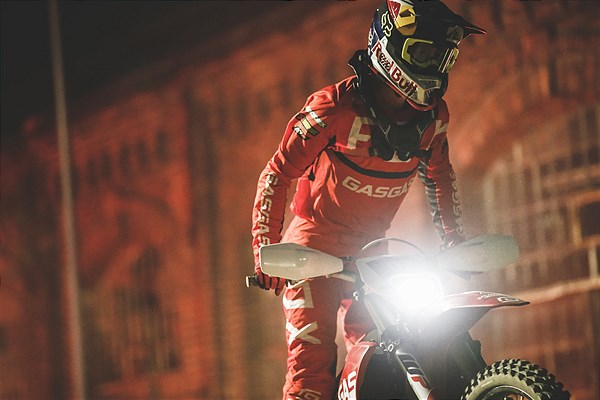 MICHAEL WALKNER FIRED UP FOR MINUS 400.

GASGAS FACTORY RACING SUPPORTED RIDER READY TO TAKE ON ROUND ONE OF 2022 FIM HARD ENDURO WORLD CHAMPIONSHIP IN ISRAEL.

Hard enduro is back! And it’s Michael Walkner who’ll fly the flag for GASGAS at the opening round of this year’s FIM Hard Enduro World Championship, which kicks off tomorrow with the Minus 400 in Israel! Frustratingly, following his broken wrist at round four of the SuperEnduro World Championship last month, Taddy Blazusiak won’t be competing.

Michael Walkner:“It’s certainly been a hectic few days leading up to Israel. My brother and I had Covid but thankfully we tested negative in time to go. After arriving in Tel Aviv, setting up the bike, and doing a bit of testing, we headed out to the Dead Sea and the location of the race. The terrain here looks good, and with such a mixture of races, it looks like it’s going to be a real challenge. The heat here in Israel will add to that challenge too – we’re expecting up to 40 degrees in the daytime. Managing your fatigue and keeping hydrated will definitely be key here, especially on the long final day. It’s a shame Taddy isn’t here to join me for round one, but I’m fully motivated and proud to represent GASGAS as the season kicks off.”

Super-promising GASGAS supported rider Michael Walkner will soon take on day one of Minus 400 – the first round of this year’s FIM Hard Enduro World Championship. The three-day event held in the infamous and beautiful Dead Sea region of Israel promises to be a real test of skill and endurance.

Opening on Tuesday, April 5 with the Leonardo Urban Race where competitors will qualify for the evening’s SuperEnduro, Minus 400 then features an extreme cross-country on Wednesday where the start order for Thursday’s Main Event will be decided. This final race looks set to be a seriously tough one, with a 90-kilometer-long course that increases in difficulty as the riders progress.

Building his form and speed throughout the 2021 HEWC, Walkner definitely showed he can mix it with hard enduro’s leading regulars, and with his super-experienced teammate sidelined, for now at least, it’s up to the young Austrian to step up in Israel and ensure his GASGAS EC 300 finishes right at the sharp end!