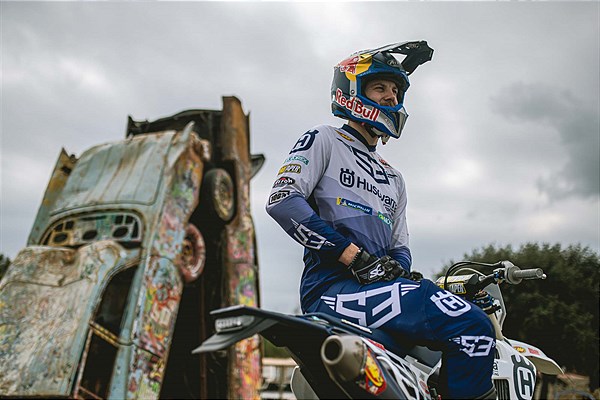 BILLY BOLT SET FOR FIM HARD ENDURO ROUND ONE.

REIGNING WORLD CHAMPION TAKES ON MINUS 400 AND THE START OF HIS HEWC TITLE DEFENCE.

Husqvarna Factory Racing’s Billy Bolt will take to the start of Minus 400 in Israel tomorrow – a three-day event that marks the opening round of this year’s FIM Hard Enduro World Championship. Bolt, fresh from dominating the SuperEnduro World Championship where he picked up his second consecutive title on his FE 350, will make the switch back to a 2-stroke TE 300i for the race.

Less than three weeks after being crowned 2022 SuperEnduro World Champion, Billy Bolt has turned his focus to the outdoor season and the opening round of the FIM Hard Enduro World Championship. Despite having little time to train for the change in discipline, the Brit is confident of carrying his winning momentum into Minus 400 and securing a strong start to his HEWC title defence.

Held in the Dead Sea region of Israel, Minus 400 is a new addition to the FIM Hard Enduro calendar this year. Made up of three tough days of competition, the event features a mixture of urban, SuperEnduro and cross-country racing, before the climax on Thursday – a 90-kilometre hard enduro that looks set to challenge all competitors with its increasingly tough terrain and exhausting schedule.

Marking round one of this year’s eight-round HEWC, Minus 400 is then followed by another new event to the series, the Xross in Serbia, held from May 18-21. In June it’s off to Austria for the infamous Red Bull Erzbergrodeo, which is followed by Red Bull Abestone and Red Bull Romaniacs in July. August sees the championship head across the Atlantic to North America for the Red Bull TKO and Red Bull Outliers, before returning to Europe and Spain for Hixpania Hard Enduro early in October to bring the 2022 season to an exciting close.

Coming into this opening round fit and keen to get his 2022 HEWC campaign off the perfect start, Billy knows a strong result in Israel will set him up perfectly for the rest of the season.

Billy Bolt:“I’m really looking forward to getting back to racing outdoors and defending my hard enduro world title. There are a few new races this year, starting with the Minus 400 in Israel, and I’m excited for the challenge. It’s not been long since the SuperEnduro season came to a close, obviously I had had an amazing season, but it would have been good to get a little more training in for the outdoors as the style of racing and the bike I use are quite different. I’m feeling good physically, and keen to get the season underway. The goal as ever is to get good, strong finishes at each race and stay consistent all year – hopefully when we reach Hixpania in October I should be in the fight for the championship. There’s still a long way to go though, so I’ll give it my all as always.”