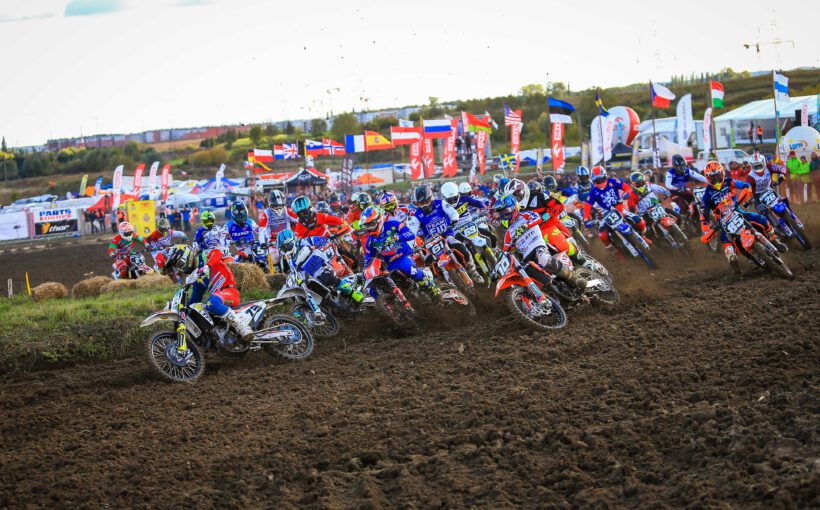 This weekend the FIM Europe Motocross of European Nations returns, with the fastest riders in Europe gathering in Talavera de la Reina, Spain, for one big racing weekend where they will hope to put their nation on the top step of the box!

Talavera de la Reina is the host of the 2022 edition of the event and is a track very well-known in the paddock. The hard pack track made its first appearance onto the FIM Motocross World Championship calendar back in 1994, with the most recent Grand Prix taking place in 2016.

This will be the first time since 2019 that the Motocross of European Nations will make its return since the COVID-19 pandemic. Last time, the event was hosted in Gdansk, Poland where Team Italy ended up on the top step once again, while in the women’s division it was Team Netherlands who ended up on top.

The competition will be fierce this year with 10 teams in the men’s categories and 12 in the women’s, it will be interesting to see if the reigning champions can defend their crowns this time in Spain, or whether they will be challenged by a new contender.

The Motocross of European Nations is composed of 3 classes, 250cc, 125cc and 85cc, and each team has four riders: one 250cc rider, one 125cc rider, and two 85cc riders. In the women’s category, each team has two riders. There will be four races on Sunday and the team that scores the least number of points will be crowned as the winners.

Being the reigning champions, Team Italy’s Valerio Lata, Ferruccio Zanchi, Filippo Mantovani and Nicoló Alvisi will be the ones to watch as they will be looking to continue the Italian domination of the event.

Of course, home heroes Gerard Congost, Francisco Garcia, Juan Izaguirre and Enzo Badenas of Team Sapin as well as Quentin-Marc Prugnieres, Mathias Valin, Mano Faure and Amaury Maindru of Team France will be looking to challenge the defending champions for the top step, as will the other teams that feature some of the strongest up and coming talents in European motocross.

In the WMXoEN category, while Team Netherlands will not line up to challenge for the crown once again, Team Denmark, who placed third last time are looking like the favourites with Sara Andersen and Malou Jakobsen representing the Danish flag. Another strong favourite is Team Spain with their riders Daniela Guillen and Gabriela Seisdedos who have delivered some powerful results in the FIM Women’s Motocross World Championship this season and will no doubt be aiming for the top step on home soil.