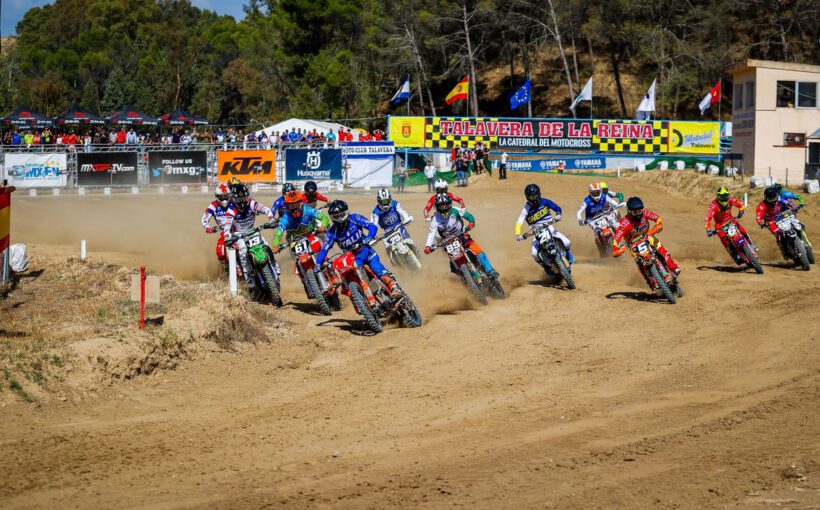 The first day of racing has concluded with the qualifying sessions in Talavera de la Reina, Spain for the 2022 edition of the Motocross of European Nations.

The qualifying heats were crucial for the teams aiming to secure the best possible position on the grid for tomorrow’s races, where points will be counted, and a winner will be determined in the MXoEN and WMXoEN classes.

On lap four, Pancar made a mistake and dropped back to fourth which allowed Prugnieres through into second, with the Frenchman then catching and passing Lata too. The top four riders remained close but it was Prugnieres who won the qualifying heat ahead of Pancar who managed to find an opportunity to pass Lata, with Congost finishing fourth and Anton Nordström Graaf of Team Sweden rounding out the top five.

In the EMX85 qualifying heat, Team Italy’s Filippo Mantovani and Nicolo Alvisi started strong. The duo battled each other for much of the race, with Mantovani taking the victory and finishing 3.379 seconds ahead of his fellow countryman. Placing third was Amaury Maindru of Team France, followed by Mano Faure also of Team France, while fifth was Casper Lindmark from Team Sweden.

The WMXoEN qualifying heat, it was Team Netherlands’ Lynn Valk who took a good start with Team Denmark’s Sara Andersen just behind her. Local hero, Daniela Guillen of Team Spain start in around fifth and was pushing hard to get close to the leaders.

By the third lap, Guillen managed to find her way into second after passing Andersen and then focused on Valk just in front of her. At the halfway stage of the race, Guillen was able to get herself into first, which is where she finished the race. Valk was second, Anderson third, Jordan Jarvis of Team USA and Martine Hughes of Team Norway rounded out the top five in the group.